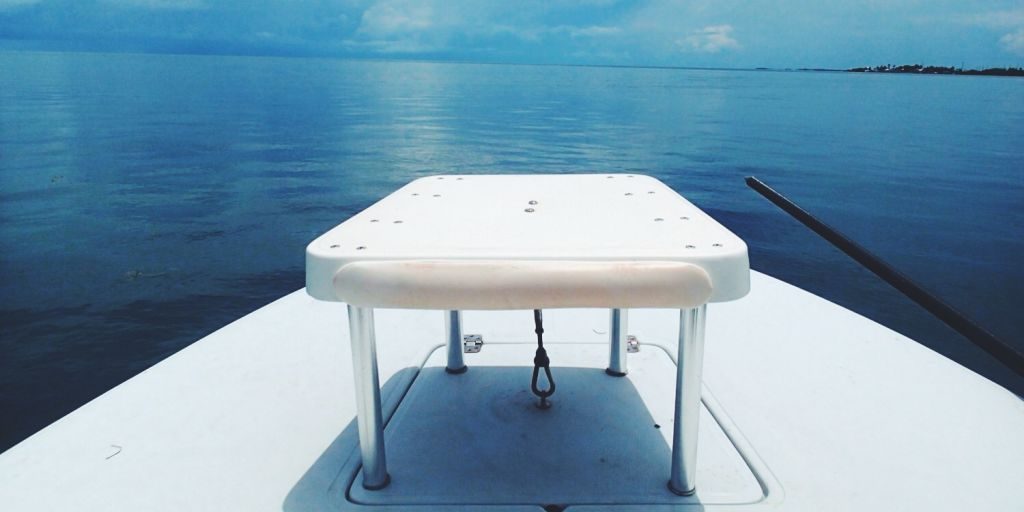 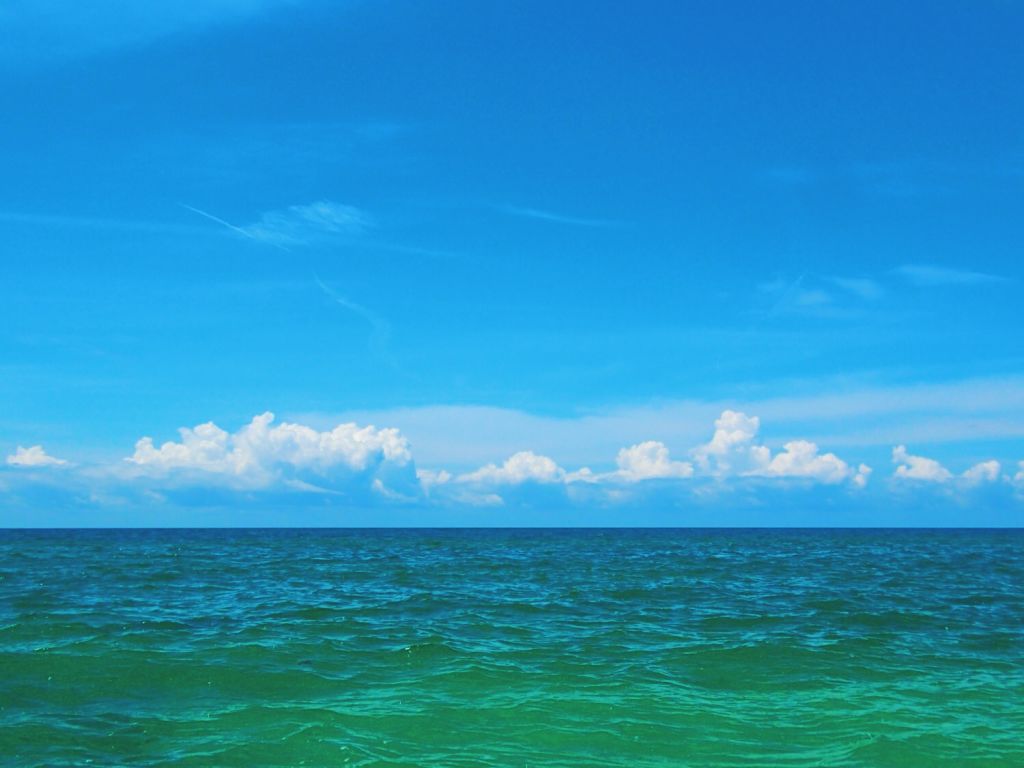 Rocking in the waves, loosing my balance.  Standing on the deck thinking I am going blind.  Strain my eyes to see something.  Nothing.  It’s hot.  The breeze cools my face.

These waves are trying to rock me to sleep and I fight weariness.  Tell another story to pass the time.  Talk about something.  No subject is off limits.

Duck hunting.  Steelhead.  The good old boys we used to know.  Kanye and Kim.  Football.  The fly fishing industry.  Favorite foods.  We roll through the topics like the waves.

Forget what I am doing.  Other subjects worlds away fill my mind.

Then, color and movement.

They are here and they are bigger than I could have even imagined.  They are moving faster than I can ready myself.

It’s my first time on the deck. 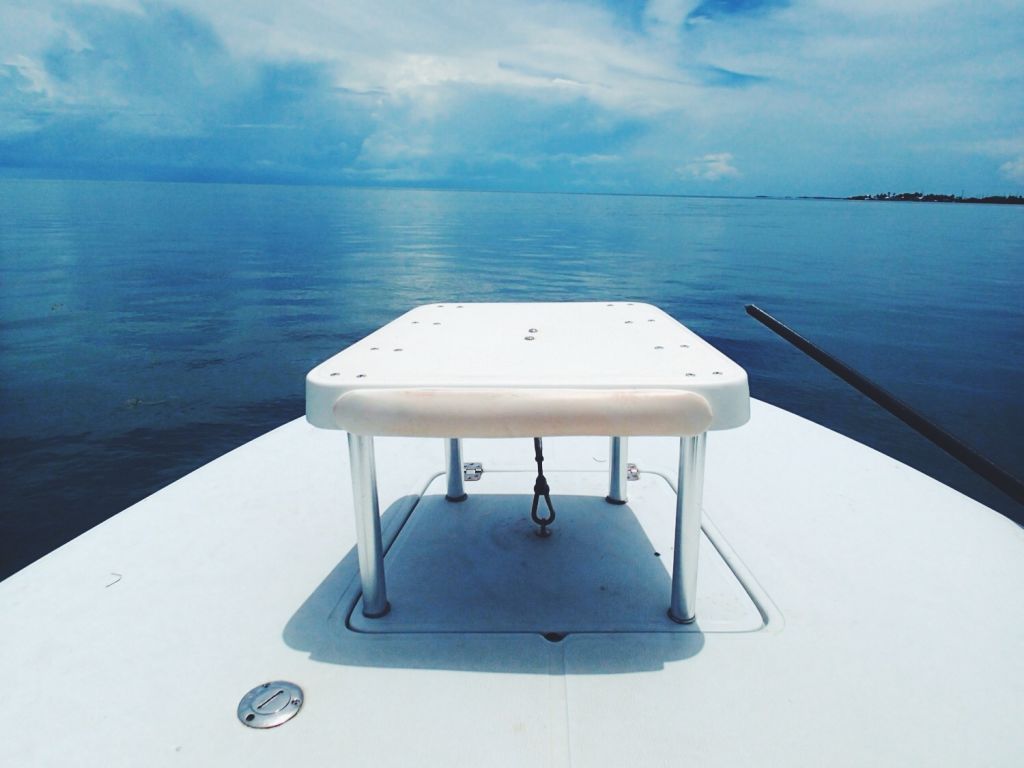 I have spent a lot of time on the bow of a boat.  Trout, bass, pike, walleye: casting at these fish all my life from the front of a boat has earned me some kind of self-bestowed personal achievement fishing badge.

It means absolutely nothing here.  I was not prepared for this.  Not even remotely ready.

I cast anyway.  I give it my best.

My best is garbage, I blow the cast.  Bad.

After a scolding from Bus, I forget it all immediately.  More are closing just out of casting distance.

I blow the cast again.  Not as bad this time, but I still blow it.  I cast right on top of a tarpon’s face.  It was a great, accurate, and beautiful cast if the intended goal was a spooked fish.  Fly to face-fish evacuation.

Tarpon keep showing.  Every five to ten minutes in packs of twos and threes and eights and fifteens.  It is unreal.  I have never seen anything like this.

I am told later that it can be even better.  That there can be even more shots.  More shots than I could ever imagine.

This happens all day: shots, bad casts, uninterested fish, interested fish, good casts, and more tarpon than I have ever expected to see.  John hooks up and makes it clearly evident that yes, these fish will eat flies. 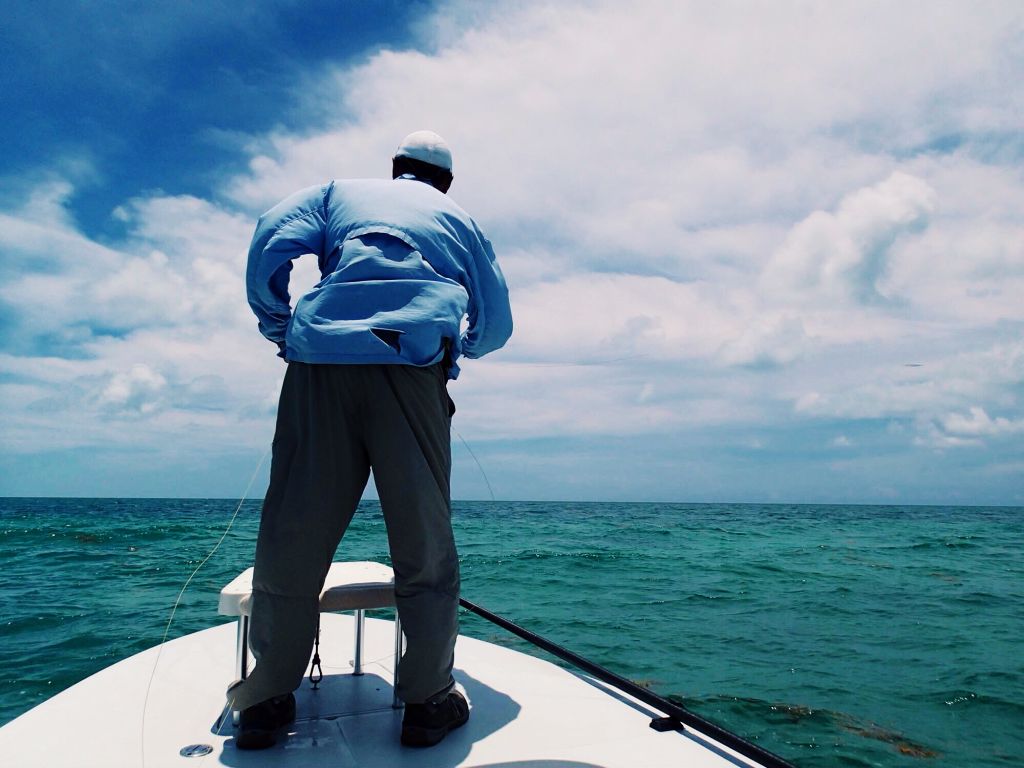 Then it happens.  A pack of 15 show themselves, and it clicks:

“If I were in a river, casting a dry fly to a rising fish, wouldn’t I cast the fly upstream of the trout and let the fly drift down to the trout?  I wouldn’t just throw the fly right at the fish’s face.”

The water isn’t moving, but the tarpon are.  Just cast ahead of them.  Gauge their path.  This fact was hammered into my ear holes all day, but for some reason it now just clicks.

The 15 pack is within casting distance.  I pick out a fish and make the cast well ahead of him.  The cast is terrible and not at all on target.  Too late now, I live with it and begin the retrieve anyway.  My target fish does not even see my fly.  He just glides right on by.

Another fish sees it though.

There was no follow.  There was no telltale sign of interest.  No head turn.  Just a swift movement of color and “gulp”.

A gulp, and then:

A minute passes.  Or was it 4 hours?  I don’t really know or remember.  Either way, I get the fish to the boat.  I have caught my first tarpon.  I feel every emotion all at once.

I don’t think I could put the full fight into words. 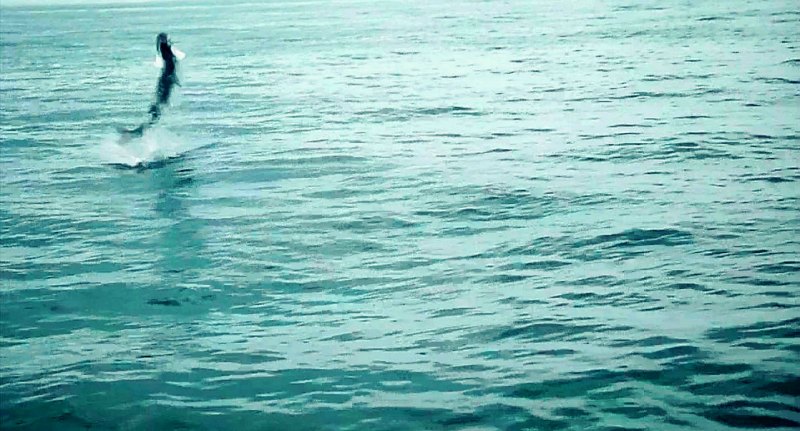 Lifehack: plan a family cruise so that everyone is

Moments like this, most of us are tying on the sma

🤘 on the release with @baileysangling and @zake