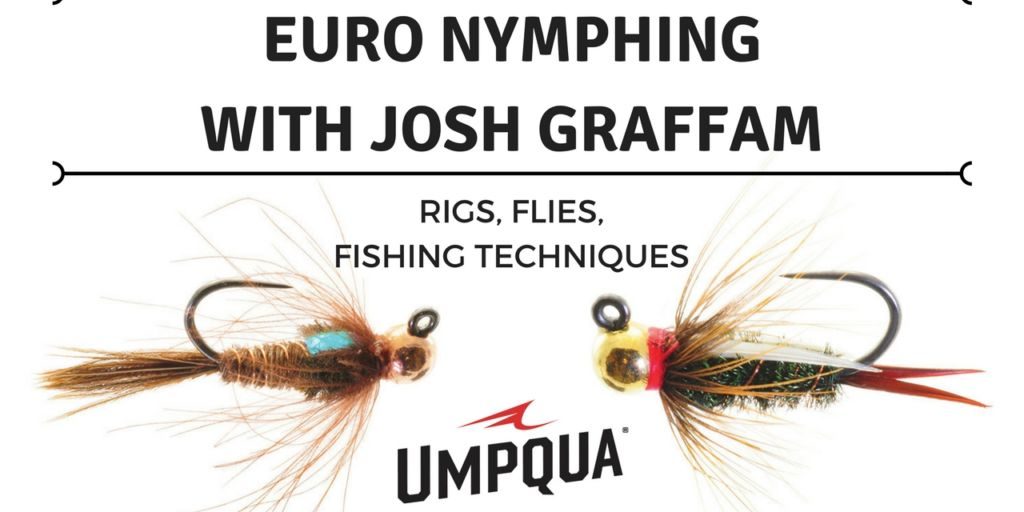 When it comes to Euro Nymphing Techniques, you could say that Josh Graffam is a bit of an expert.  Euro, short for “European”, is an umbrella term that covers a wide variety of nymphing techniques that have been developed by competitive European anglers used to catch trout.  In the simplest of terms, Euro nymphing is nymphing with no indicator, a tight line, a heavy bottom fly, and a longer fly rod (usually 10 or 11 feet in length).

While Josh is our current sales rep with Umpqua Feather Merchants; he is also a current member of Fly Fishing Team USA and is the 2013 National Champion—ranking him number one in the nation among competitive fly anglers.  On top of all that…Josh is just a good dude.

This video was filmed during our 2017 fly fishing festival in April and covers a wide variety of leader rigs, flies, and fishing techniques. Filming starts immediately after Josh began his presentation, as he begins to discuss traditional nymphing with an indicator.

While it is a long video, it is packed full of knowledge, tips, and ideas for anyone looking to up their Euro nymphing game! Whether you are trying your hand at Czech nymphing, Polish nymphing, French nymphing, Spanish nymphing, tight line nymphing, or something in between, Josh has some good words for you.

There is no doubt that Euro style nymphing techniques can account for massive amounts of caught fish.  Make sure you check our selection of Euro nymphing gear (much of which Josh mentions) FOUND HERE.

Things have been going well down south for the cre

IMPORTANT NEWS! As of today, any fishing license