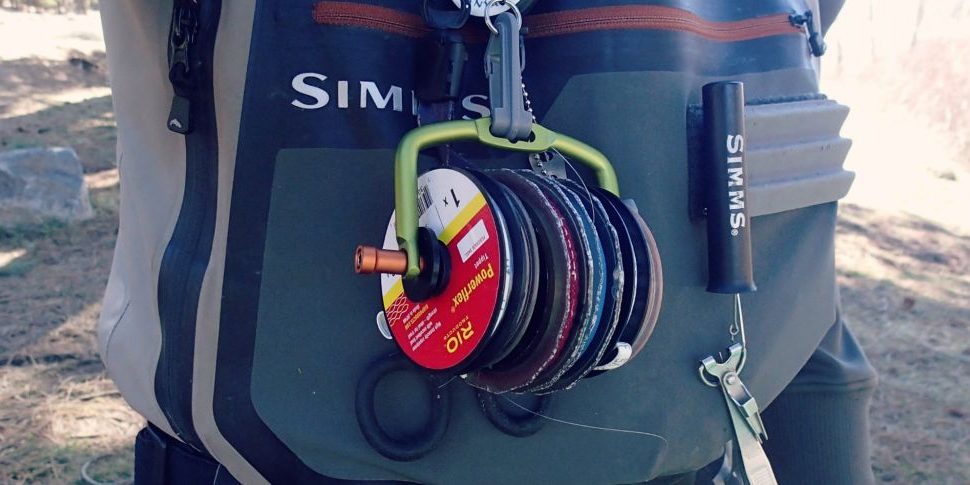 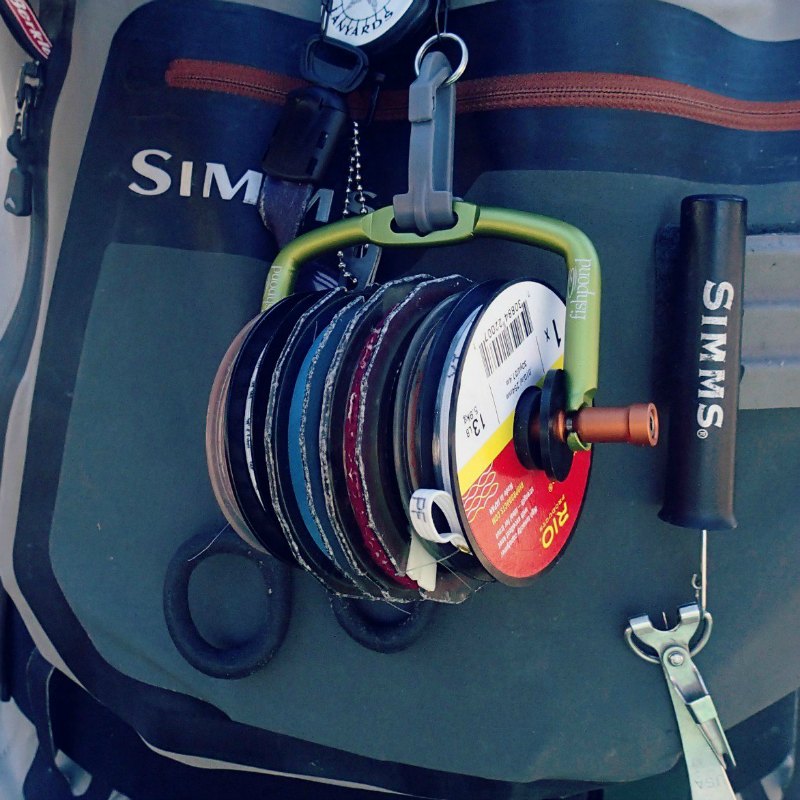 The other day I got my hands on the Headgate Tippet Holder from Fishpond.  New for 2015 and made of strong annodized aerospace aluminum; this little gadget at first glance reminds me of a carabiner.  Call it a tippet carabiner.  This thing is leagues above my old tippet-T, which the Headgate immediately replaced.  I assume it is called the Headgate because like a gate, the horizontal bar swings out to allow you to slip your tippet spools on and then swings and snaps shut securely via spring locking mechanism. 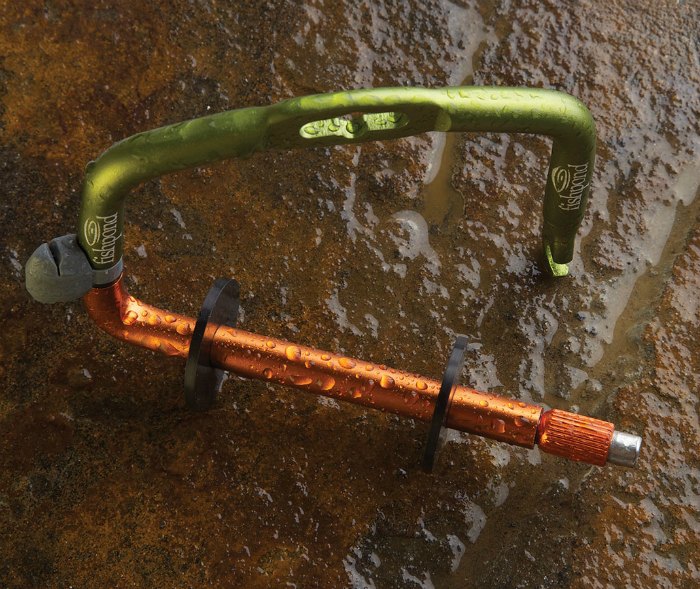 A few points to note: 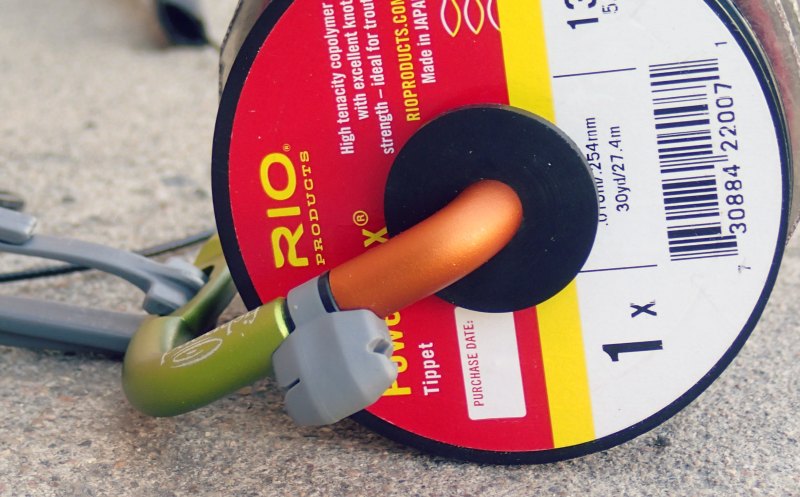 This little grey attachment swivels and cuts line with ease.

Is there anything there isn’t to like about this little accessory?  Strangely enough for me, yes.  I wish it was wider.  I am probably one of 3 people in the world who wishes this thing could hold a massive amount of tippet spools.  I am probably just looking to find an issue with a great piece of gear.  I carry a whole lot of tippet including 1x-7x nylon, 3x-6x flouro, and spools of 10, 15, and 20 pound Maxima for streamer fishing.  Maybe one day Fishpond will make a magnum Headgate to hold 12 or more tippet spools.  Honestly though, if it was that big, it might be just be too annoying and large to lug around.  Maybe I carry too much gear.

The best tippet in the world, on an awkward spool. (although the spool is UV resistant which is a plus)

The other thing I didn’t like actually has nothing to do with the Headgate itself; but with Trout Hunter Tippet.  Trout Hunter tippet spools have a giant hole that fit their own tippet holder.  This ensures that it is just awkward or impossible to use Trout Hunter on normal tippet-T’s or on the Fishpond Headgate Tippet Holder.  Maybe I need to figure out some kind of hack to get the Trout Hunter tippet to fit nicely on the Headgate.  Until then, this gadget will be a part of my daily fishing kit.

Other than that, I don’t have any complaints about the Headgate Tippet Holder.  This thing is sturdy, secure, convenient, and obviously well thought out by Fishpond.  For professional guides, the Headgate will make rigging for clients a whole lot quicker.  Who doesn’t like making the guide day more efficient?

Dry fly eats like this, may your 4th of July weeke

Hey look what just dropped in the shop! Our local

Views necessary for the soul. 📷 @tiedflies . #

It’s a hopeful day today because our shop doors are open and we are guiding fly fishing trips!  We are following our local ordnances and maintaining a high level of cleanliness in the shop.  We are asking that everyone who comes in to wear a face covering, observe social distancing, wash your hands, and avoid coming in if you have any symptoms of illness.

We are following all COVID-19 proticols for guided trips which can be found here.  Book a trip now by calling 970-385-4081.  Our calendar is filling up!

We are still offering online and phone orders with curbside pickup.  Free shipping on most orders over $50

We are not offering in store license sales at this time to limit the number of person to person interactions. Colorado licenses can be purchased online at the CPW Website.  Online New Mexico fishing license sales are here.

The Southern Ute tribal waters are NOT open to non-tribal members.

We can help answer any questions you may have through e-mail to [email protected], phone calls from at 970-385-4081, or website live chat.