Fall Trip to Gunnison – In Photos 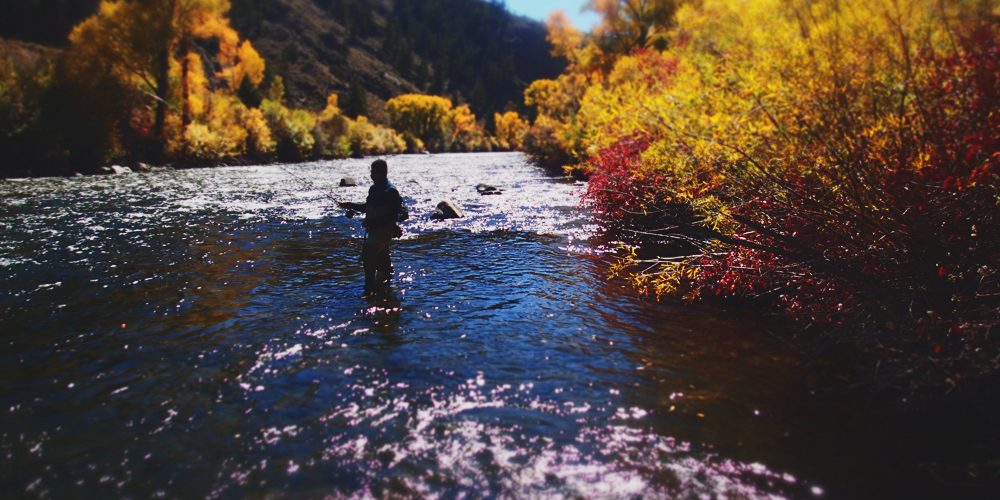 Every year, first weekend of October, I take a trip.  The purpose of this trip has always been to meet up with close friends from the front range and fish as much as we can for as long as we can.  The meet up point is always in Colorado, but it changes every year.  This year our destination was once again the Gunnison area; target rivers included the Taylor and the Gunnison.  Even though we had fished this area before; the amount of water to fish makes it all seem new anyway.  Our other option was the Aspen/Basalt area; but we heard there was some big tournament going on and we wanted a little water to ourselves away from the Euro-nymphing competitors and hordes of fans.

550 heading north is a can be a treacherous stretch of road.  Add to that rain/snow mixture and driving at 4am; and a 3.5 hour drive turns into a 6 hour drive.  The additional time on the road added to the anticipation and I couldn’t hold out to meet my friends.  I had to stop for a 15 min break on the first good looking stretch of Gunnison river above Blue Mesa.  Two casts in and my line was tight to a 16 inch rainbow who inhaled a 6 inch articulated streamer.  Hopes of foreshadowing for what was to come.  I was not to be disappointed The next three days held some of the best fishing I have had all year.  We hit many stretches of the Taylor and Gunnison, all of which produced.

The lower Taylor fished excellent with small BWO nymphs, hares ears, midge pupa, eggs, and the occasional bugger.  This is beautiful pocket water that is often overlooked for the Catch and Release section below the dam.  Next, we jammed over to below the confluence of the Taylor and East rivers, south of Almont on the Gunnison.  Once again, BWO Nymphs, Eggs, and Buggers produced.  However another factor within this section took place: kokanee salmon.  Now more often than not, the ‘kokes’ are more interested in spawning than in eating, but a properly presented egg or bugger produced some intense takes.  These fish fight extremely hard and fast, making them a thrilling surprise when fishing for trout.  Another section of the Gunnison we did hit was above Blue Mesa.  The lake is low so river miles are greatly increased.  We were hoping to hook into larger lake run browns.  Now I did not land the monster of a lifetime that I was hoping…however some of the takes on the articulated streamer I was fishing were truly heart stopping.  One fish left me shaking for a good 20 minutes after he completely assaulted my fly.  This type fishing was offset by a incredible blue winged olive hatch at about 1 in the afternoon.  Although no monsters were looking up; pretty much any fish under 18 inches were consistently slamming dries.  This turned out to be one of the best dry fly days of my year.

Finally, you may be wondering about the Taylor Hog Trough below the dam.  Yes we did fish this section and again, it was completely incredible.  Lots of browns were landed.  Again, no giant slabs were brought in, but the fish caught were constantly in the 16-20 inch range.  Producing flies were Epoxy Mysis Shrimp, Cream Midge, Jujubee Midge, and Mercury Midge.  Really, anything small and presented well tended to catch fish.

This area is a beautiful place to fish and much like my hometown of Durango; it has innumerable options to wet a line.  Being only 3 and half hour drive away, it is a great weekend getaway. 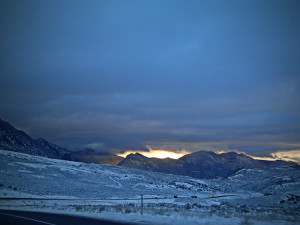 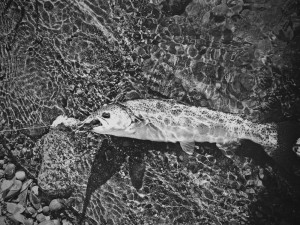 First fish of the first morning. 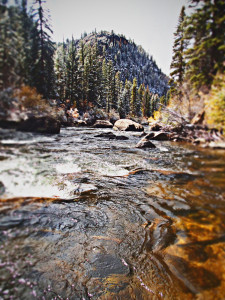 The Taylor is not to shabby. 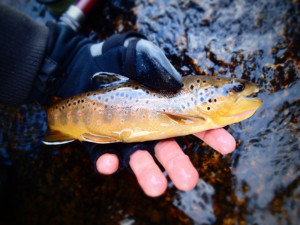 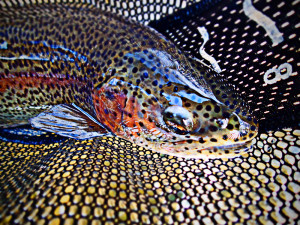 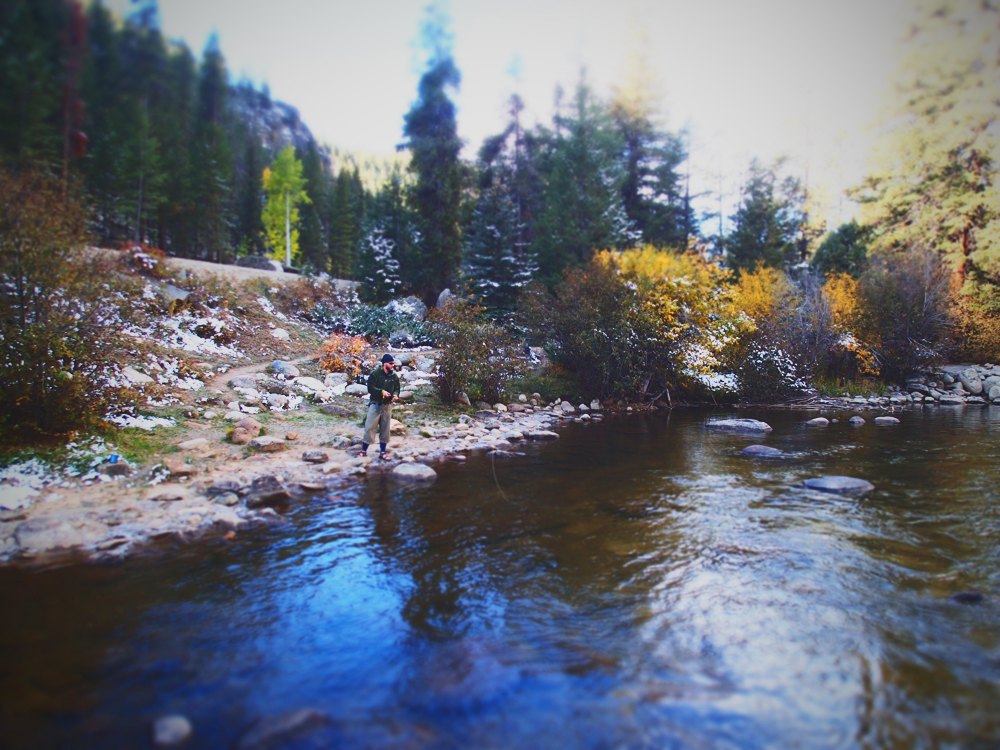 Below the damn, the browns look almost like rainbows due to their large intake of mysis shrimp. 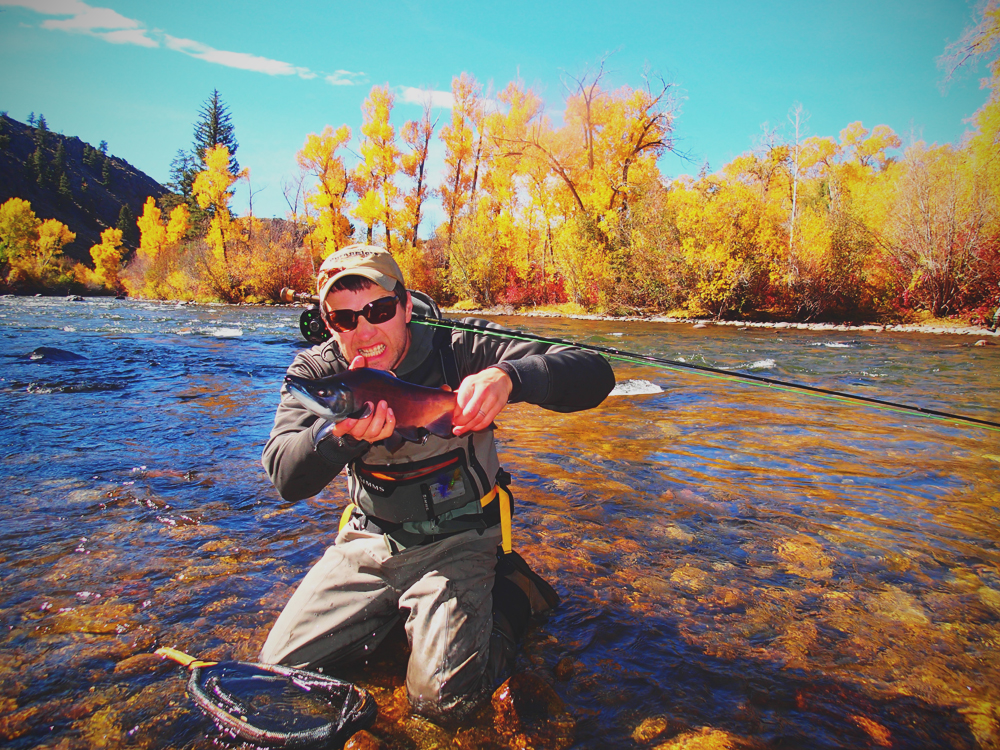 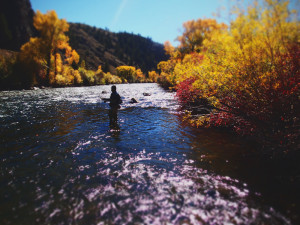 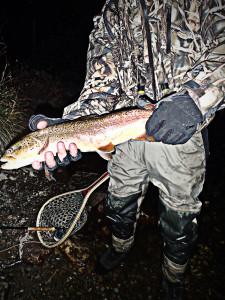 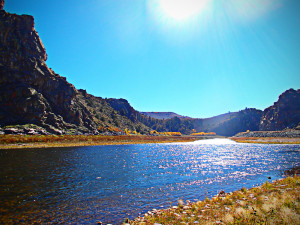 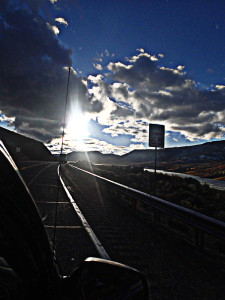