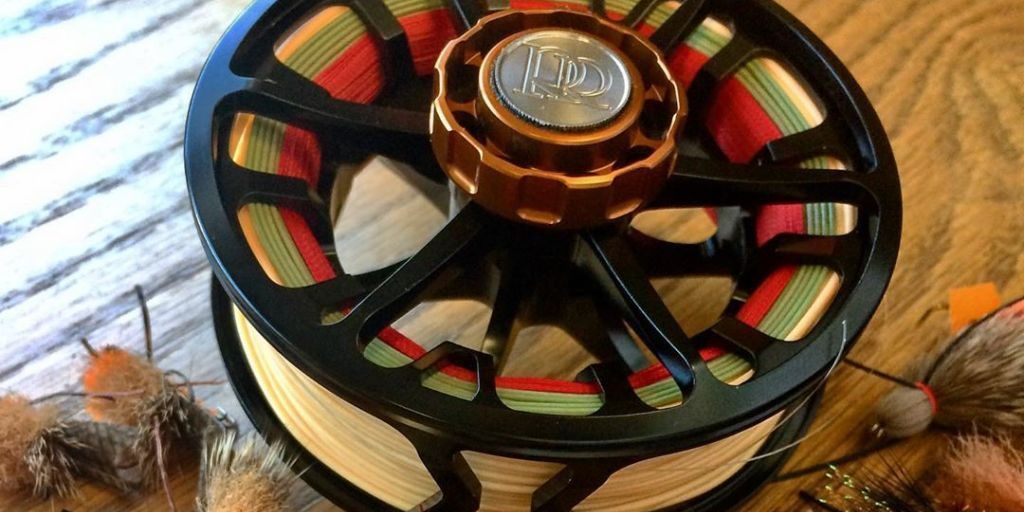 Beautiful design pairs beautifully with on the water function.  Intriguing?  Then keep reading for our full Ross Evolution LTX review.

Over the last decade or so, the technology in the fly fishing industry has expanded greatly. From rods, reels, waders, and boots; there are so many more options today than there were 10 or even 5 years ago. I’d like to take some time to talk about one of the newer reels that has hit the market, the Ross Evolution LTX. 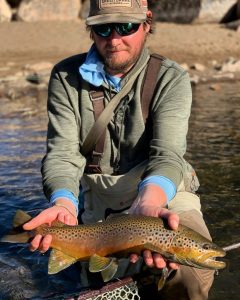 The Evolution LTX is a fusion of the classic Evolution LT and the more recent Evolution R. Ross has done a great job with keeping the pleasing sound that made so many fall in love with the original Evolution LT, but that is the only aspect of the reel that has stayed the same. Boasting a drag system 4 times as powerful as the Evolution LT, it has much more stopping power. Additional porting also means the LTX is significantly lighter than it’s predecessor. Having fished the LTX almost exclusively for the last year I can say that finding a reel with a better strength to weight ratio would be a daunting task to say the least.

While Ross describes this reel as a trout reel, the drag is strong enough to take on fish much larger than even the strongest brown trout you might encounter in a western freestone river. An extremely simple yet meticulously designed drag system that is based on an oil-impregnated bronze bushing that rotates on a stainless steel spindle is a true minimalists dream. Offered in a range from 3-8 weight, there is a model that will put the breaks on anything but the hardest fighting saltwater fish. Speaking of salt, the Evolution LTX boasts a fully sealed and saltwater safe drag system, and I would not hesitate to pair this reel with a 7-8wt saltwater rod like the Sage Salt HD or Scott Sector for light saltwater applications such as redfish, bonefish, and snook. It could also be used for harder fighting freshwater fish like smallmouth bass, carp, and pike.

As if all this wasn’t enough to get every gear nerd foaming at the mouth like a neckbeard basement dweller who just discovered 4-chan, lets talk extras. Like all Ross reels, the Evolution LTX has a phenolic handle that increases the grip when it gets wet. A unique bell shaped arbor makes sure that the line lays level across the spool face during fast retrievals. The Evolution LTX also has that often overlooked but uniquely Ross feature, the line channel in the spool. This helps hide your arbor knots when attaching the backing to the reel, allowing backing and line to lay seamlessly smooth along the spool. Last but not least, the LTX also has a machined groove on the outside of the frame. This allows you to string up those long nymph rigs along the frame of the spool as opposed to around the reel foot, drastically reducing tension on your tippet when not fishing.

All in all, the Ross Evolution LTX is a workhorse of a reel that will not break the bank. With a price tag of $395 and a color run that includes Black and Platinum as well as Gunmetal/Green and Gunmetal/Dark Blue in a limited edition color run for fall of 2019, there is a Evolution LTX to please even the most fashion forward angler. I find that the lightweight yet powerful Ross Evolution LTX pairs better with lighter, newer generation graphite rods like the Sage X, Scott Radian, G. Loomis NRX+, and the Orvis Helios 3. If you are looking for a powerful, lightweight reel with low start up inertia to protect those light tippets but enough stopping power to rope in that 26” Animas River brown trout you’ve been sight fishing to for the last 3 weeks, the Ross Evolution LTX is the reel for you.

Join us tomorrow, December 2nd for Noel Night, our