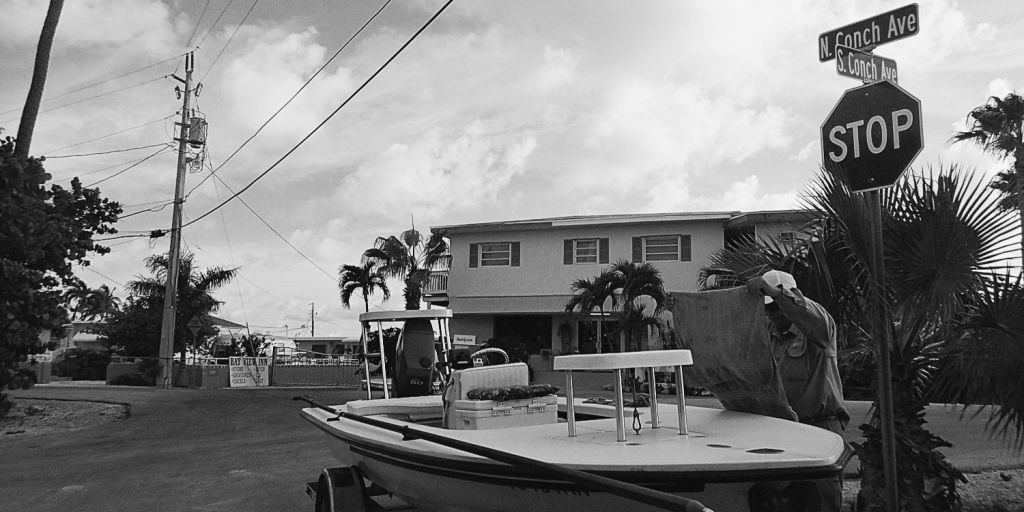 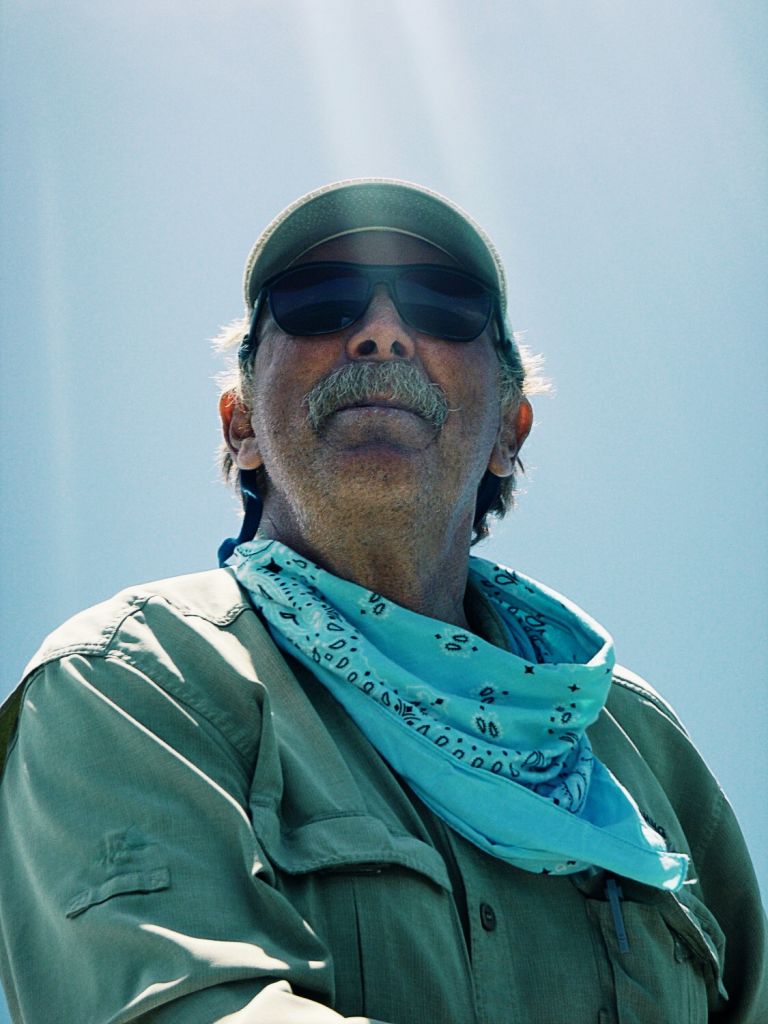 Our guide, Bus Bergmann, has been a Florida Keys flats guide for the better part of thirty-five years.  Starting his guiding career in Alaska as a wilderness float trip guide (and river pioneer) and acquiring a steelhead guide position on the Babine River in British Columbia, Bus is a fly fishing legend in his own time.

Even though Bus does not guide for steelhead anymore, his passion for chrome was very evident through all of our discussions.  Heck, he has a passion for pretty much anything he directs his efforts towards: tarpon, steelhead, duck hunting, and a love for what it means to be a sportsman.  Within any given 5 minutes of the day, a great story being told by Bus will be interrupted by a scathing scolding on a blown shot, only to be followed up by one of the funniest one-liners you have ever heard.  He is never mean or cruel; Bus just says exactly what he thinks. 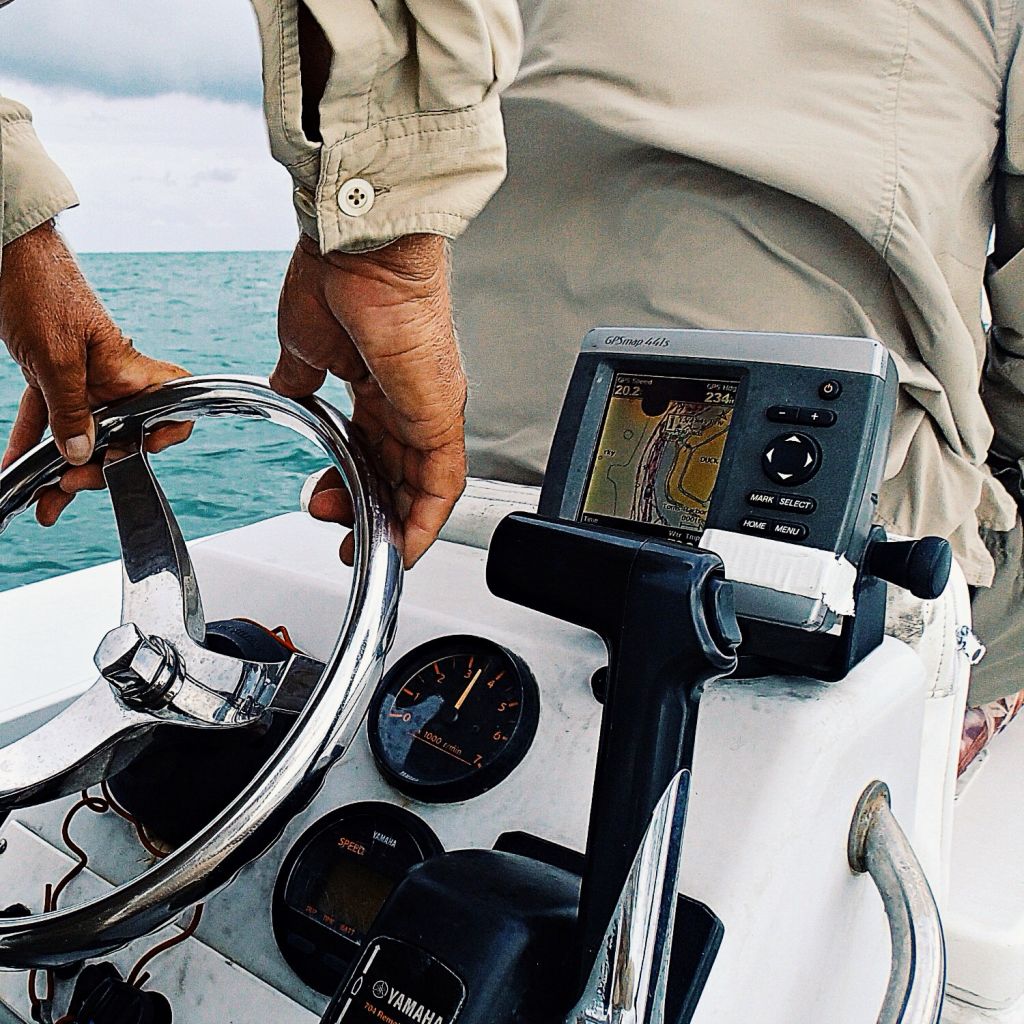 I know he wouldn’t want me to pump him up as a larger than life icon; but I will say that Bus has an understanding for the water that he fishes that other guides (who are still great in their own right), have not yet figured out.  John has been fishing with Bus for over 20 years, because he is one of the best guides.  He is also one of the best people to spend a day with.

Cpt. Bus believes that if you should fight a tarpon to the point where you can pull him in the boat for a grip and grin, you have broken his spirit.  With his spirit broken, he will go away defeated and feel that instinct of the loss for a long time.  Should he be pursued by a shark, sooner or later he will just give up, his defeat instinct kicking in from his catch and release experience reminding him that if he just gives up, maybe it will work out. He will quit, to his demise. 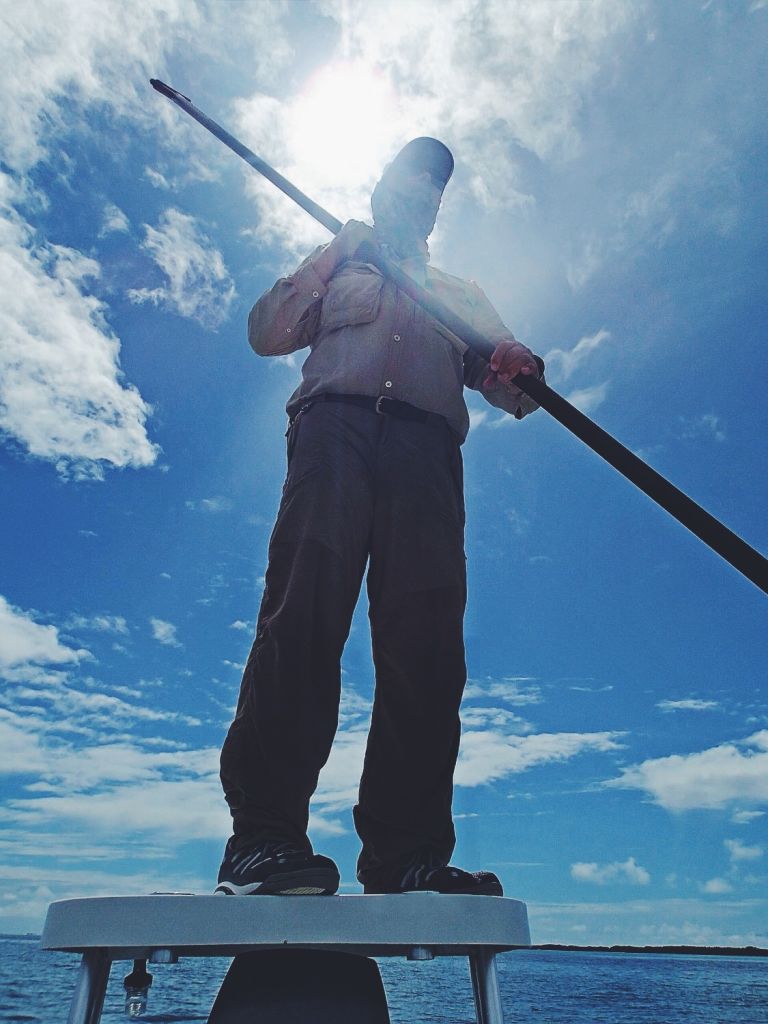 Tournament rules even reflect this mentality: all the competing guide has to do is touch the leader once a fish is on and it is considered a caught fish.  Break him off at that point, just at the boat, and the tarpon goes away the victor; his spirit and survival instinct intact.  All flies in the boat are barbless and fall out of a fish immediately after release or corrode away in a few days.  The follow, eat, and a few jumps and runs are the most exciting part for Bus.  It’s the thrill of the hunt, without the kill. 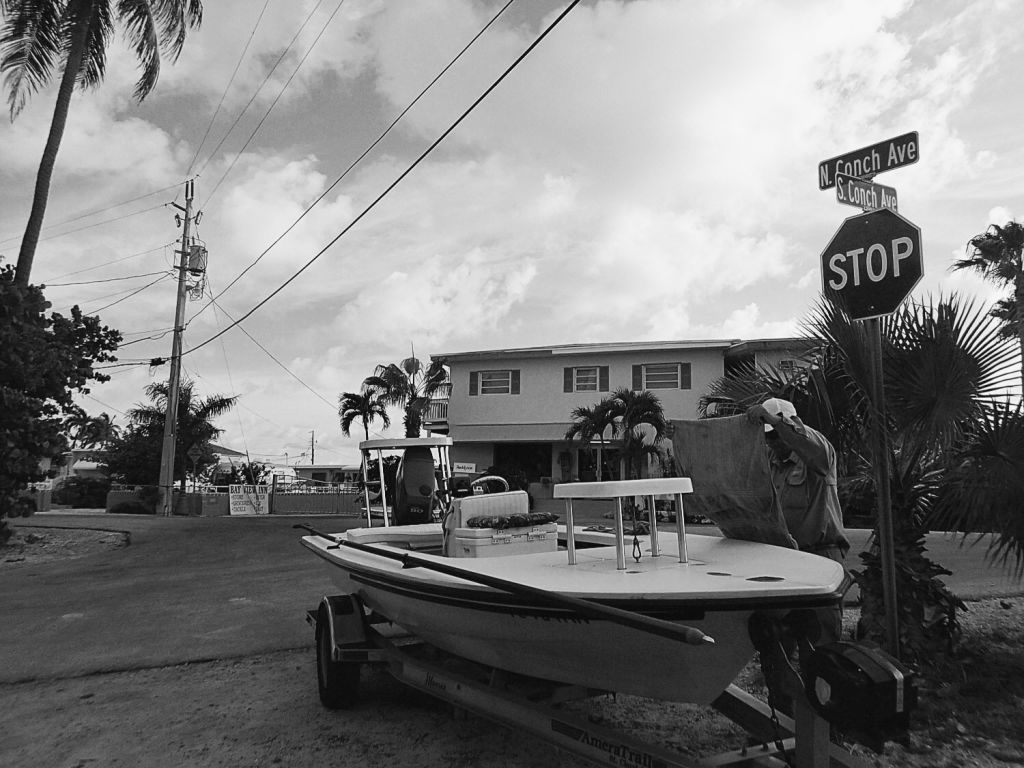 I learned more in 5 days on the water with Bus than I could have possibly learned in 10 years of tarpon fishing on my own.  There are only a handful of guides like Bus left in this world, I hope everyone gets a chance to fish with one at least once in their life.

Visit B and B Fishing