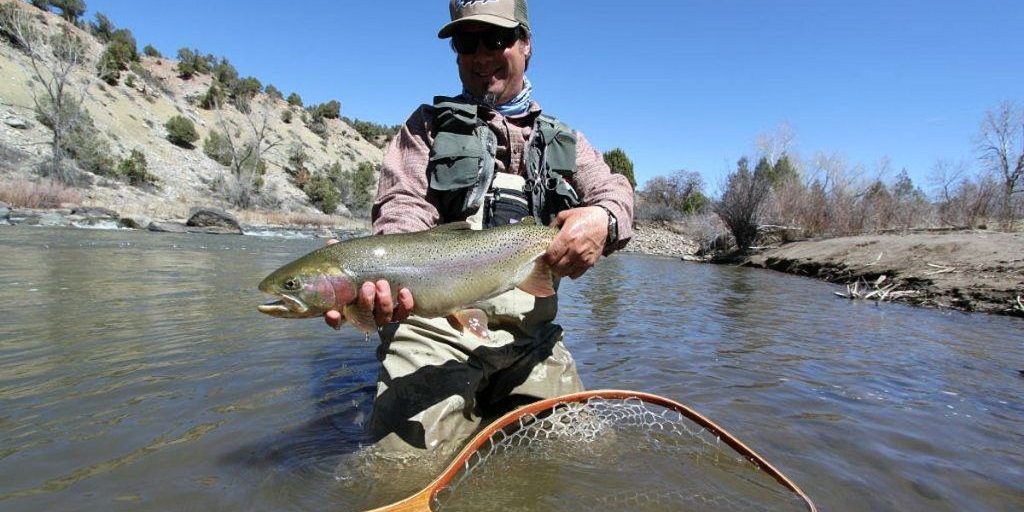 Frank Smethurst has been a frequent face in Colorado over the years.  Well known guide and industry sales rep, Frank has gained a reputation for himself as an extremely innovative guy when it comes to catching fish on the fly.  You may have even met him on one of his many visits to the Duranglers shop (or any fly shop in Colorado).  Frank also helps us out with guiding our Dos Mosca tournament every year and he also has a yearly presentation at our annual Fly Fishing Festival.

This year is no different and Frank will once again grace us with his innovative thoughts on fly selection for his presentation “Precision Rigging for SW Colorado” at our Fly Fishing Festival April 2nd.

On top of Frank’s lengthy fly fishing resume, he is also an extremely creative fly tier and designer.  I was able to carve out a few minutes of Frank’s busy schedule to fly design process.  He offered up more than a few tips that every aspiring fly tier can learn from.

There are too many to list them all.  However, Frank is our current sales rep for Scott Fly Rods, Abel Reels, Ross Reels, Brodin Landing Nets, Montana Fly Company, Airflow, Loon, Boulder Boat Works, and Echo Fly Rods.  Before his transition to an industry sales rep, Frank was a Colorado and Alaska fly fishing guide for numerous years.  Frank has hosted TV shows, won fly fishing competitions, and also been featured in the widely acclaimed fly fishing films Eastern Rises and Running Down The Man from Felt Soul Media.

From his years at the Atlanta Fish Hawk, Frank has developed and improved his fly tying skills.  His fly design is wildly innovative which currently has him on the Montana Fly Company fly designer team.  A few of his known patterns are the Hemorrhoidal Mouse and Voodoo Midge along with his ‘Bomb Squad’ series of nymphs that includes the Stone Bomb, Crane Bomb, Drake Bomb, Heater Bomb, Midge Bomb, and Twenty Bomb.  Look for more coming 2017! 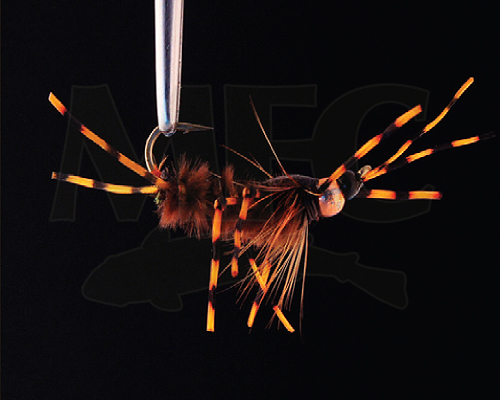 How long have you been tying?  I have been fly fishing since I was a kid.  I started tying my own flies by age 8.  When I was 12, I worked as a shopkeep for The Fish Hawk in Atlanta, GA.  At that time I began tying commercially for the shop as well and it all blossomed from there.

What can fly tiers do to improve their flies?  Its a hard question to answer because to me this is art and expression and utility all wrapped up into one process; and this process is at its best when one isn’t necessarily following a recipe.  For my own process, I like to do the following:

What are your thoughts on tying saltwater flies?  Go for durability.  I also strive for translucency and stick to the lighter end of the color scale.  A lot of my saltwater fly tying, I learned from fly fishing in the Florida Keys.  On many of my saltwater trips I will bring a small tying kit to produce what I need as I need it.  I think inland fly tying for saltwater is detrimental for success.  It is important to be able to produce exactly what you see on the water that night at the hotel rather than guess what will work 2,000 miles away.

Do you have any pet peeves with other flies you see out there?  Honestly, I don’t have any pet peeves with other flies out there.  I see mostly just the positive parts of any design and how it would catch fish or whether its of interest towards a desired effect in my own flies.  Sometimes though I do see flies that I wonder where they would be relevant, and the main thing that I learn in all of my travels is that even the most ridiculous looking flies can have their place and even be a revelation in spots.  The Kreelex streamer is a good example of this.  Those things look so wrong to me, but they happen to be wildly effective on some of the trickiest tailwaters of the west such as the Missouri………go figure?!  These and the now fully accepted Sparkle minnows demonstrate to me that I need to leave the door open to that much flash at times in a pattern even for tough fish in flat water. 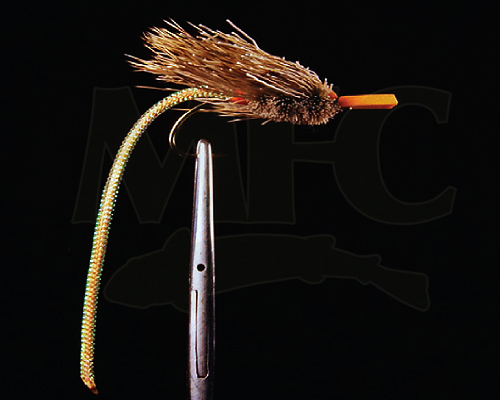 What are your favorite new materials?  I mostly use old materials in new ways, but I also have become a heavy user of the barred sexi floss spanflex legs from MFC.  These make nymphs look so damn good and they are also so durable and effective that I now incorporate them into most of my medium to large size nymphs, dries and flats flies.  I also like the Rub a Dub dubbing that has rubber strips blended into nice rabbit dubbing.  It makes for such an easy method to create extra movement, and has proven itself completely with my crane bomb and other caddis nymphs too.  I do also like those new colors in the Lucent beads such as Dirty Olive and Coffee.  The days of the bright gold bead are often limited in any given summer now, and they stop working for me usually by the end of June or early July.

What is your favorite thread?  I have thread in my kit from everybody, and actually I would also include MFC into that thread mix as their threads are terrific.  I absolutely love the Veevus thread as it is so incredibly thin.  Their thread along with every strong, small diameter thread creates such economy for those Colorado flies that really are more effective.  “Thin to win” is an oft heard mantra for our tailwaters and smart fish.  For the ocean, I like the Uni thread, and I always have some white, orange, pink, and chartreuse in the larger Uni sizes.

How many times do you whip finish?  This one is funny and I think aimed at me because I still don’t know how to use a whip finishing tool.  My friends are always making fun of me for this, and its just one of my eccentricities.  This also comes from my upbringing and commercial tying at the shop that I grew up working for in Atlanta.  The shop was and still is the Fish Hawk, and Gary Merriman showed me at age twelve how to do a whip finish by hand during the time that I was tying Tarpon, Trout, Bass and Bonefish flies for the shop.  Its great to know how to do this for those larger flies, but a bit of a tricky deal when tying the smaller stuff for out here… saying there is bad knots and good glue!  I actually don’t use much head cement and prefer super glue most of the time.

Final Thoughts:  My best suggestion to other tiers whether they are creating their own patterns or just producing known recipes is to really think about the places that they fish right down to the layout of their favorite runs.  Finessing the amount of weight or the color and profile of their flies is where some of the most substantial returns in tying lay.  Someone once told me that what makes a good artist is looking at a great work underway, and knowing when to stop.  Its a cliche, but less is more in tying.