You are here:
Animas Lunch ReportConditions 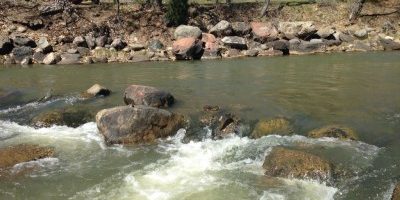 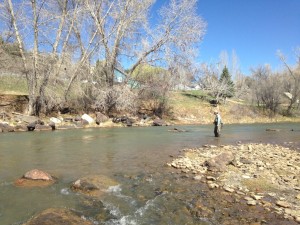 Kyle – Les, Crazy Mike, and I headed out and fished town below main street. I managed to get some good licks in before I had to get back to the shop at 12:30. Lots to do around the ol’ fly shop these days. All of us were fishing streamers. Les black, me copper Sparkle Minnow, who knows what Crazy was fishing. Last I saw he was in a very strange spot and I have no idea how he got where he was. But that’s why he’s a voodoo master. No one saw so much as a sniff while I was out there. We fished hard and fast and very skillfully and still nothing. The Animal is tough, everyone. Don’t get discouraged! The other two are still out there tossing the big bugs…. hopefully with some success. Oh, I did see two Baetis in the air, so that’s cool. No BWOs though 🙂

Les – Talked to Les about 4pm… Nothing. Threw the meat for a while, Switched to nymphs, got windy, retreated for the couch and Elite 8 ball.

JUST KEEP FISHING EVERYONE… THE FISH WILL COME

(Andy’s final note: if you throw it, they will come…)

Go to Top
Thank you for visiting Duranglers

Our shop doors are currently open and we are guiding fly fishing trips!

All local online and phone orders have the option of curbside pickup in Durango.  Free shipping on most orders over $50

We are also offering scheduled PRIVATE SHOPPING HOURS in-store from 7-9 am and 5-7 pm in half-hour increments.  Call to book a slot.