You are here:
Animas Lunch ReportPhotosStories and Writings 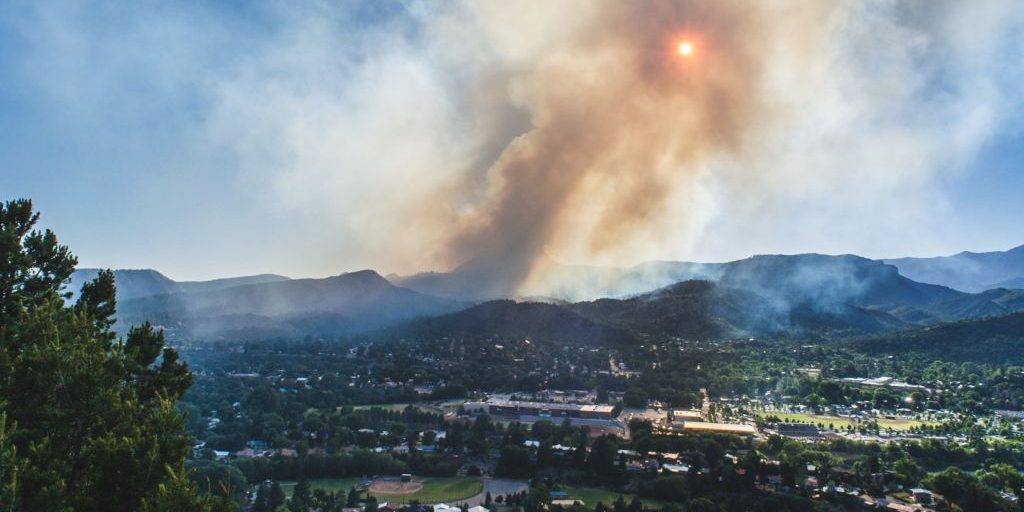 Running through a few photos from this past summer, I came across a handful that were worth a second look.  Reminders of the finite nature of our existence, these photos expose the mortal nature of our lives.  Some of these you may find calming, while others are downright horrifying.  Let them push you out of your Wednesday slump and help you seize this day.  Our moments are fleeting…

The Eye of Sauron 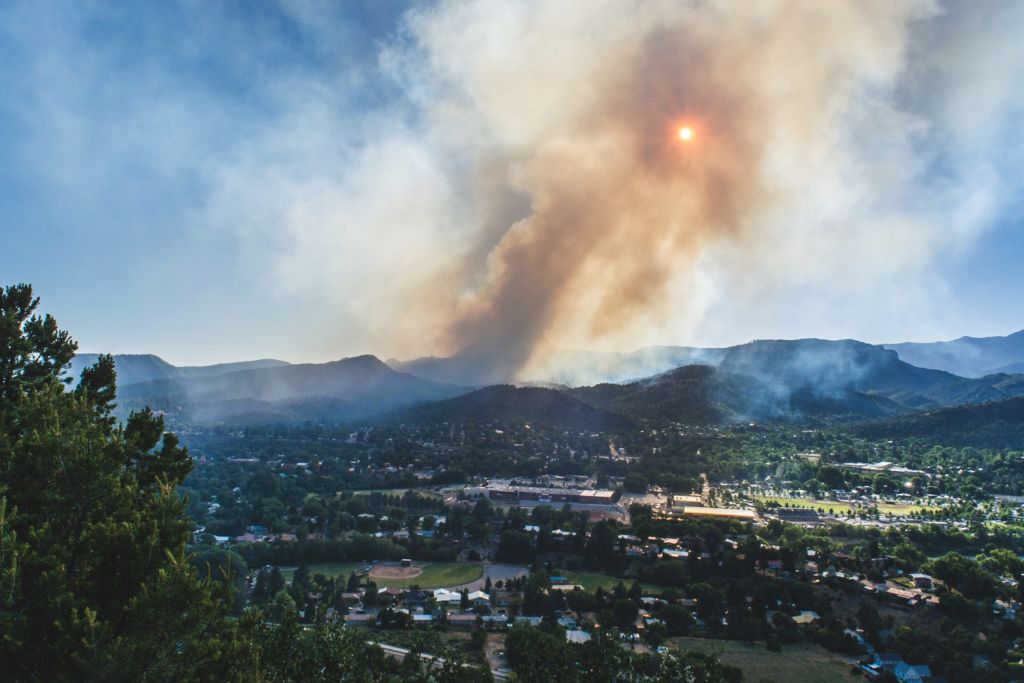 This first photo is an image I captured earlier this year of the Lightner Creek fire.  It reminds me of the Eye of Sauron from Lord of the Rings.  It is a reminder that no matter how much we tell ourselves otherwise; we all are Frodo’s with a Mount Doom to ascend.  With destruction all around, we all have a dire task to complete.  (Mine is finally catching a trout that pushes past the 25″ mark on the Animas.) 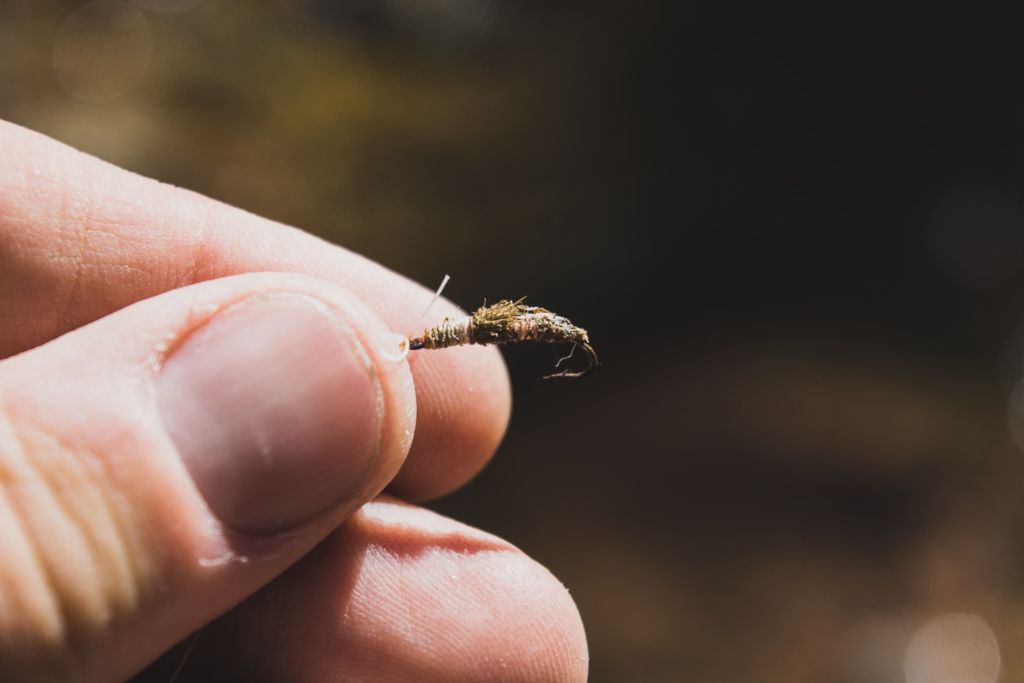 Left to rot in the top-most branch of a creekside willow; I discovered this bug after my client stuck his fly right next to it.  The elements have not been kind to this once kingly dry fly, yet it has weathered the storm with resilience and tenacity.  No longer suitable for fishing use, this has found rest in the fabric of the roof of my vehicle.  A memoir of what once was: did this fly catch a boat load of cutties before finding its fate in the tip top of a high country tree?  Was it lost on the first cast?  Only the mountain knows for sure…

(Bonus: can you guess the exact make of this fly?  Hint: we carry it.  Comment below.)

The Circle of Life 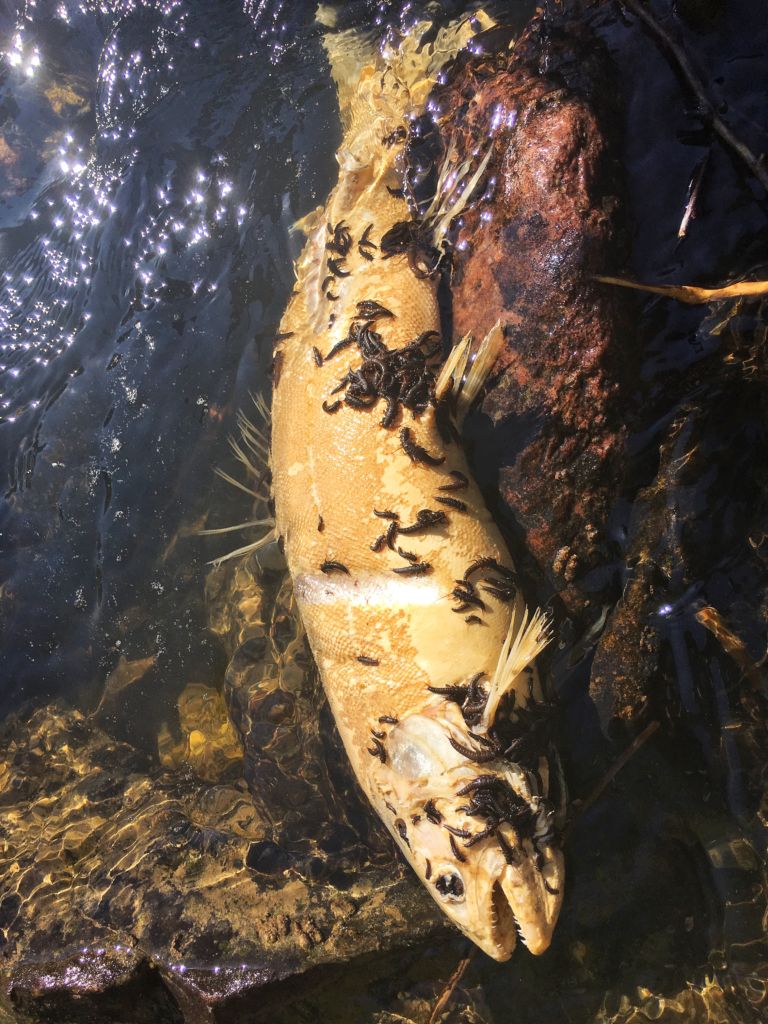 This grizzly scene was discovered on a local freestone: a bloated and decaying trout that was being slowly consumed by a horde of stonefly nymphs from the inside and outside.  The circle of life is on full display here.  One can look to many deeper meanings of this image.  This simplest (and strangely comforting) way to view this is that someday, we will be food for our food.

WTF Is This Thing 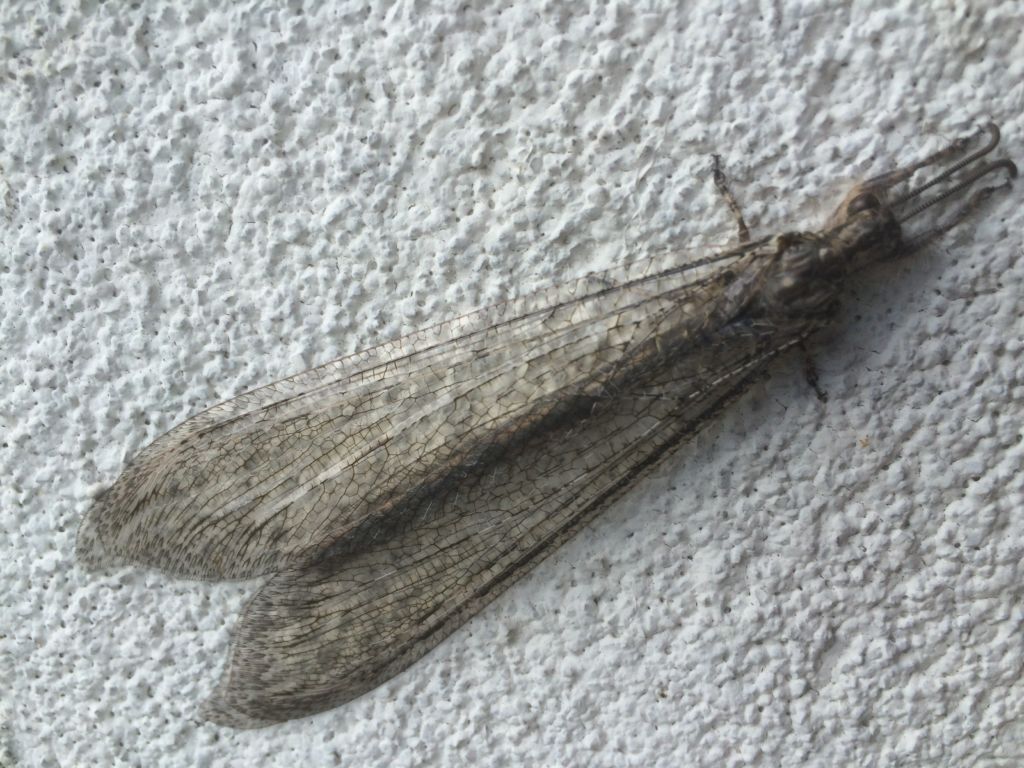 At first, I thought it was a monster stonefly…it’s like 5″ long.  Upon second look, I realized it is something far darker and far scarier: a grim reaper stonefly!!!  Dun dun dunnnnn!

This may not exactly be what one would call a “scientific” name and it is possible that I just made it up rather than researching it…but it would be sweet to tie a fly this big.  If you actually know what this is, let me know.  I imagine this thing haunts the banks of many freestones, ready to carry adult stones into the great beyond…or just maybe it just flutters annoyingly at your porch light at night.

The Circle of Life 2

Are these two the same man?  Oh no dearh reader; on the left is Van Rollo, our previous sales rep for Sage, Smith, Fishpond, and others.  On the right is Ross Kingsley, our current sales rep for Sage, Smith, Fishpond, and others.  One would be forgiven if they mistook Ross for Van… as Ross is quickly on his way to becoming the next Van.  History repeats itself.  If you have never met Van or Ross before, you should.  They are both great guys and incredible anglers.

Also, there is a running joke around the shop that Van is actually Alec Baldwin from Glengarry Glen Ross (warning, awesome cuss words ahead if you click that link). 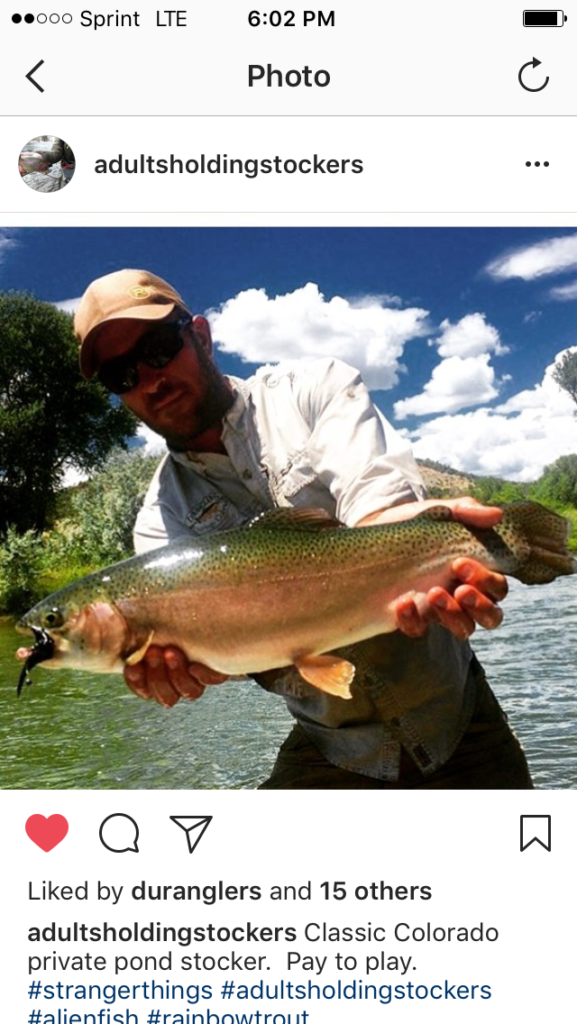 Adultsholdingstockers is a satire feed built to call out, well, adults who are apparently holding stockers.  We got called out for holding a stocker.  Was this fish a stocker?  Most likely.  Was this fattie caught on a private pond?

…yes, yes it was, now don’t ask us any more about it because it certainly wasn’t on any water accessible to the public that anyone with any local knowledge and ability to get to would be able to fish…

So why is this a macabre picture?  Well it is a photo of the slowly aging and wilting death of Instagram.  Why do I say that Instagram is dying?  Well, I say so because it has developed a culture of its own.  A life of its own, maybe even an existence of its own.  Instagram has grown to monsterous size.  Initially, people were getting insta famous by posting their own content.  Then all you had to do to become famous was repost other’s original content much like a museum curator and watch the likes and follows roll in.  Now it has become reposting other’s reposts for humor.  Sooner or later I bet IG will become only reposts of reposts and bots upon bots that no one will be actually be using it anymore…but it will still be growing.  Eventually, Skynet will become self-aware and the bots will slay their masters.  When the sky is darkened, humans will go underground to scrape out a measly existence, building a fledgling resistance movement to destroy the robot overlords…

For real though, this feed is pretty funny so you should follow it: @adultsholdingstockers.  They just added “call out” posts where you can call out your homies for taking pictures of stockers.