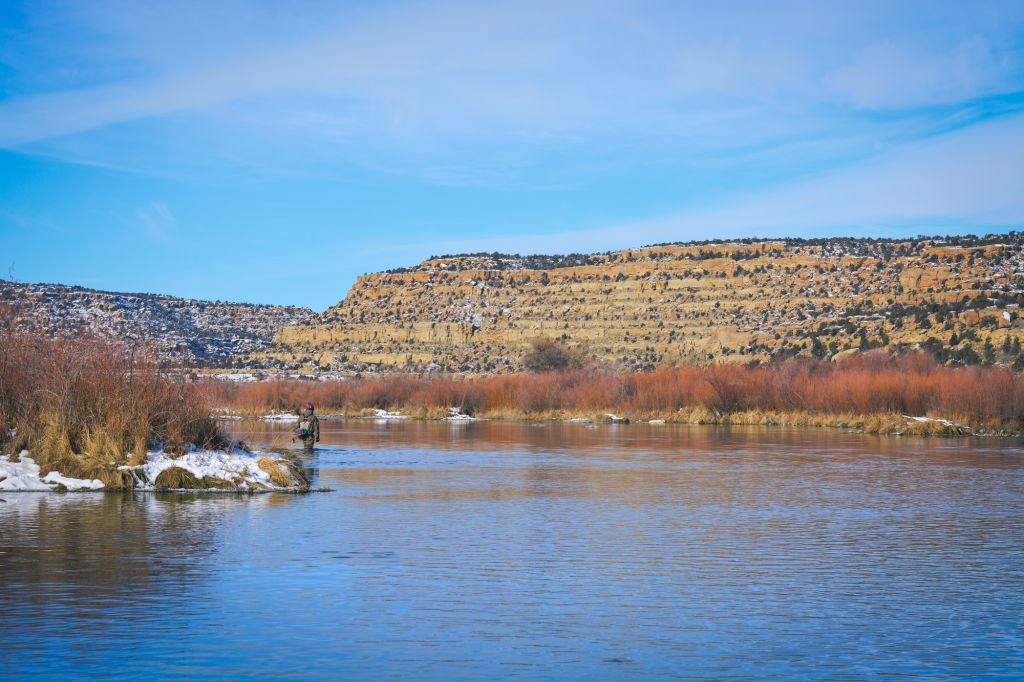 It has been a seriously sweet winter so far.  Tons of snow before January 1st, and it keeps on coming.  Consider this: the snow that falls before the first of the year is the same water we are fishing in August!  The winter solstice usually accounts for the coldest temps we see in Durango all year.  Those cold temps tend set any snow that has fallen into a deeper freeze than our later winter/spring snows.  That deeply frozen snow: well the more of it we have, the more that freezes during our coldest days.

Wolf creek saw 220 inches of snow already before January 1st rolled around, if that puts things into perspective.  Not to mention we are in the midst of another winter storm that could dump up to a foot (or more) on us here in Durango.

All that to say, hopefully one of your 2016 goals was to float in SW Colorado this summer!

However, the question right now is, “what are the current fishing conditions in Duranglers country?”  With most of our local water under snow and ice, there are few options available.  BUT, those options can be good ones.

The San Juan River tailwater is our number one producer this time of year as the water temps are the same year round, despite the air temps.  If you are a dry fly kind of angler, midday is your best bet with midges coming off from around 10 to 3.  Flows are around 260cfs so you may have to lighten your game with smaller flies and tippet but the San Juan remains one of the great winter fisheries of the west.

The other option you have to wet a line this January is our local Animas River.  While the Animas may not produce the numbers of the San Juan, winter time is the time to hunt and target big fish.  It may take persistence, patience, and a fair number of presentations, but big trout still have to eat throughout the winter.  Layer up as temps have been maxing out to at around 33 during the day.

A final option is a good snowshoe mission into some open water of the high country.  Where can this be found?  Well you will just have to get out there and explore.

Our high country is under feet of snow and ice.  You could always strap on some cross country skis or a pair of snow shoes and make the trek to some open water.  Or you could just plan for next year by checking out our guide to fly fishing the high country.