You are here:
Fly TyingTips & Tricks 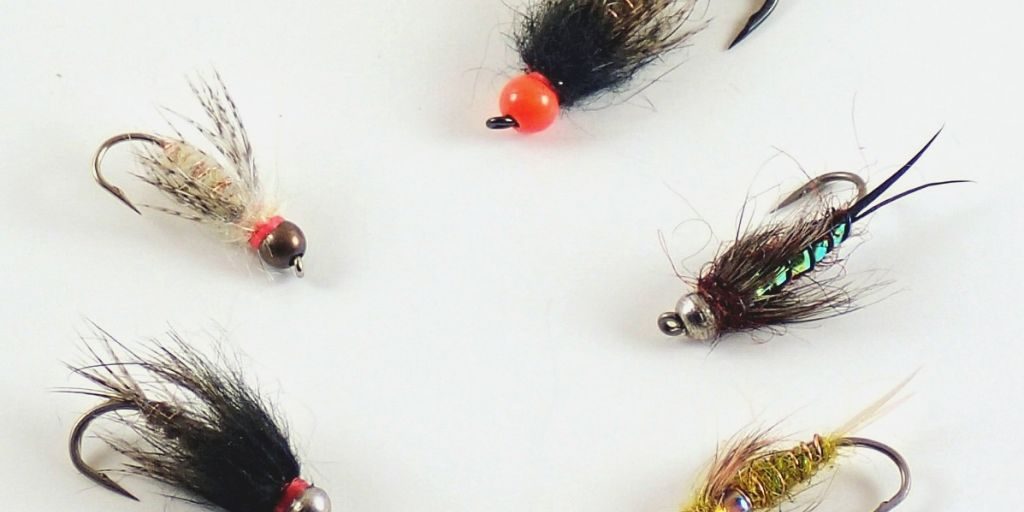 It’s raining.  Or it’s snowing.  It’s one of the two, but I can’t tell.  All I know is that I am wet and cold.  It’s the beginning of October.  I am currently standing knee deep in a southwestern Colorado river the color of a delicious cambric tea.  The sun is shining but it doesn’t cut the cold.  It’s strange.  I haven’t caught a fish in two hours.  If the water muddies any more, I am calling it quits and heading to camp.

I have been pitching that same line to myself for the past two, rainy hours.

Being a self labeled streamer junkie, most could guess how I am fishing in this off color water.  It produces nothing.  Reluctantly after many fruitless casts, I re-rig with an indicator and nymph set up.  Fishing renowned stonefly water; I had tied a handful of stonefly attractor nymphs that I quickly and mindlessly put together before the trip.  They aren’t pretty, nor are they any attempts at a lifelike rendition.  Just some dubbing, hackle, and flash.  First cast, mend, drift…indicator goes under.  Fish on.  Righteous.

To make a long story a little shorter, I caught a bunch of solid fish on a fly I had labeled the Sparkle Stone.  Nothing pretty (or all that original).  My buddy asked later what was working for me.  I show him the fly and he just says “that looks like a soft hackle nymph kind of thingy”.  Spot on. 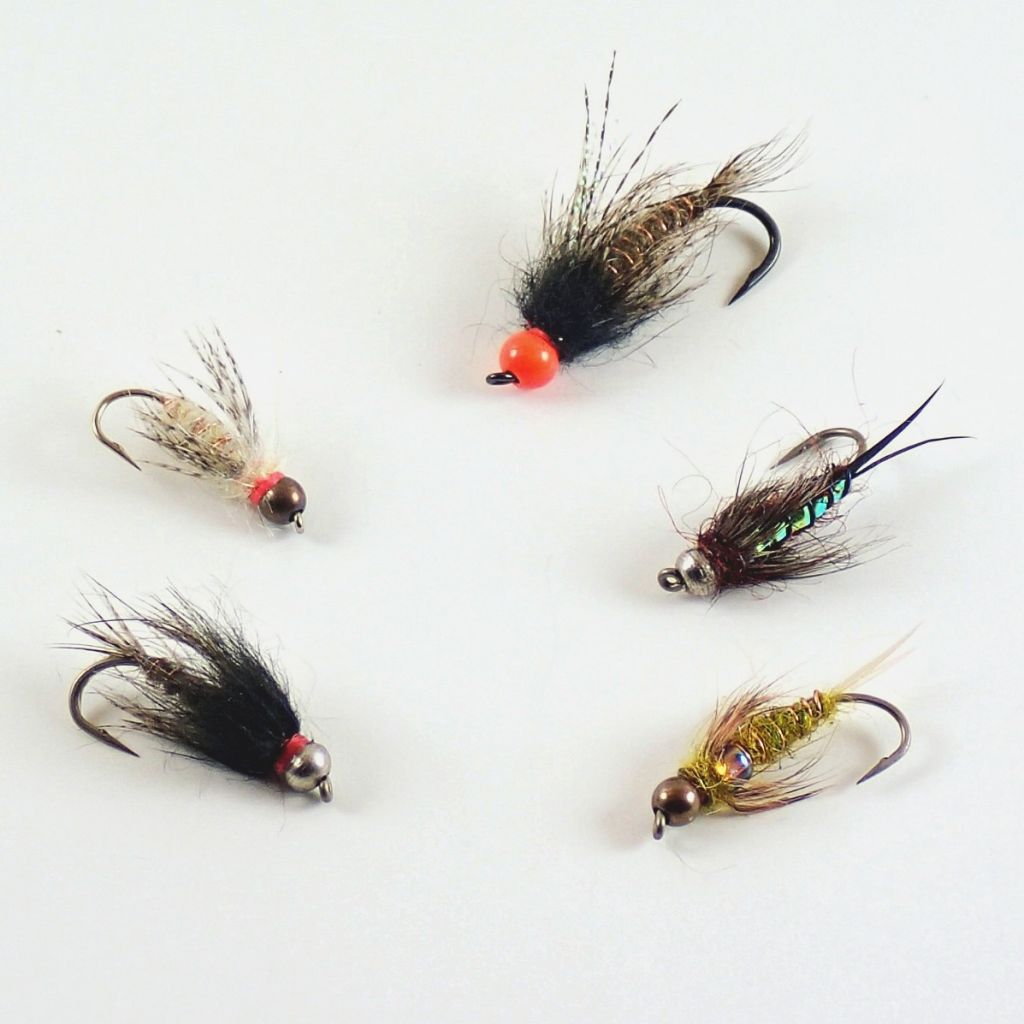 Saying “The Soft Hackle Nymph” makes me feel like a beginner who does not quite have his fly terminology down yet.  It is no mistake.  For lack of a better (read correct) term, I have given this name to a group of flies.  I have been fishing these soft hackle nymphs for a handful of years with a lot of success.  Fished deep, off a dropper, or swung like a true wet fly; these nymphs have accounted for a lot of fish I put into the net.  It’s actually a great fly for beginners to learn how to nymph because sometimes the fish don’t want it drag free.  It has produced many fish for us on the Dolores, Animas, Piedra, Upper San Juan, and Rio Grande. 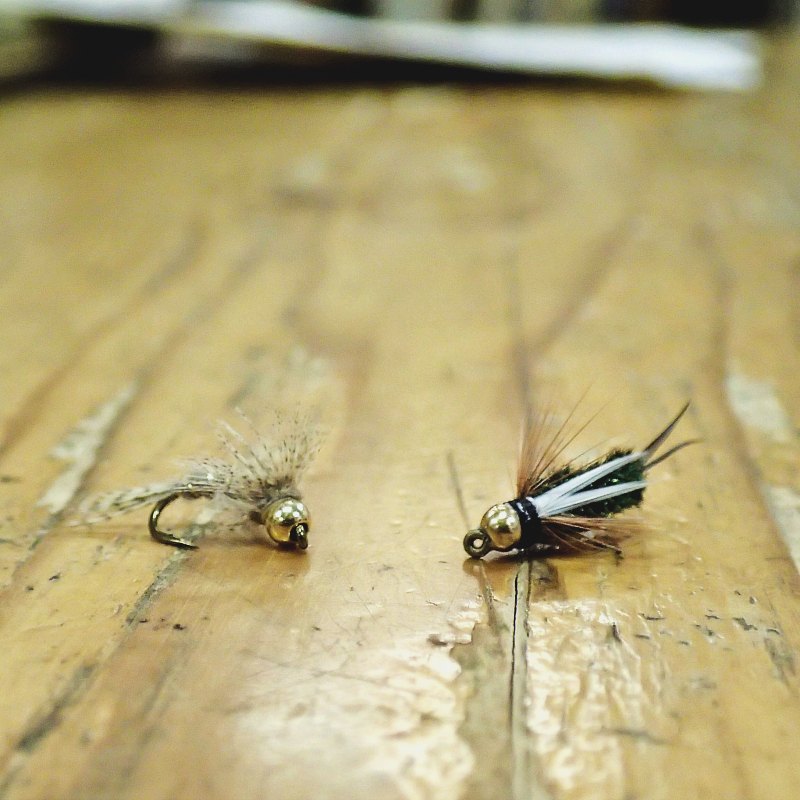 The Birds Nest and the Prince Nymph…flies I based the Sparkle Stone on.

Now I really can’t take any credit whatsoever for the soft hackle nymph.  This style of fly has been done and redone 100 times before I ever came along and changed a few things to suit my needs.  Really, Soft Hackle Nymphs are just different variations of the famous Prince Nymph…and Bird’s Nest…and Ken Morrish’s Dirty Bird…and Charlie Craven’s CDC Golden Stone…

Oh well, they say amateurs copy, artists steal.  I take no personal credit, I just like tying and fishing these bugs.

The limit to the Soft Hackle Nymph style of flies is only your imagination.  They can be tied in sizes 6 to 20 and can be made to represent a wide variety of aquatic bugs.  I believe it is the silhouette and profile of this bug that catches fish.  All this fly really consists of is:

My personal favorite variation is something I call the Sparkle Stone Nymph.  Tied in sizes 8-12 on a 2x long nymph hook, this fly has accounted for a ton of fish for me the past few years. 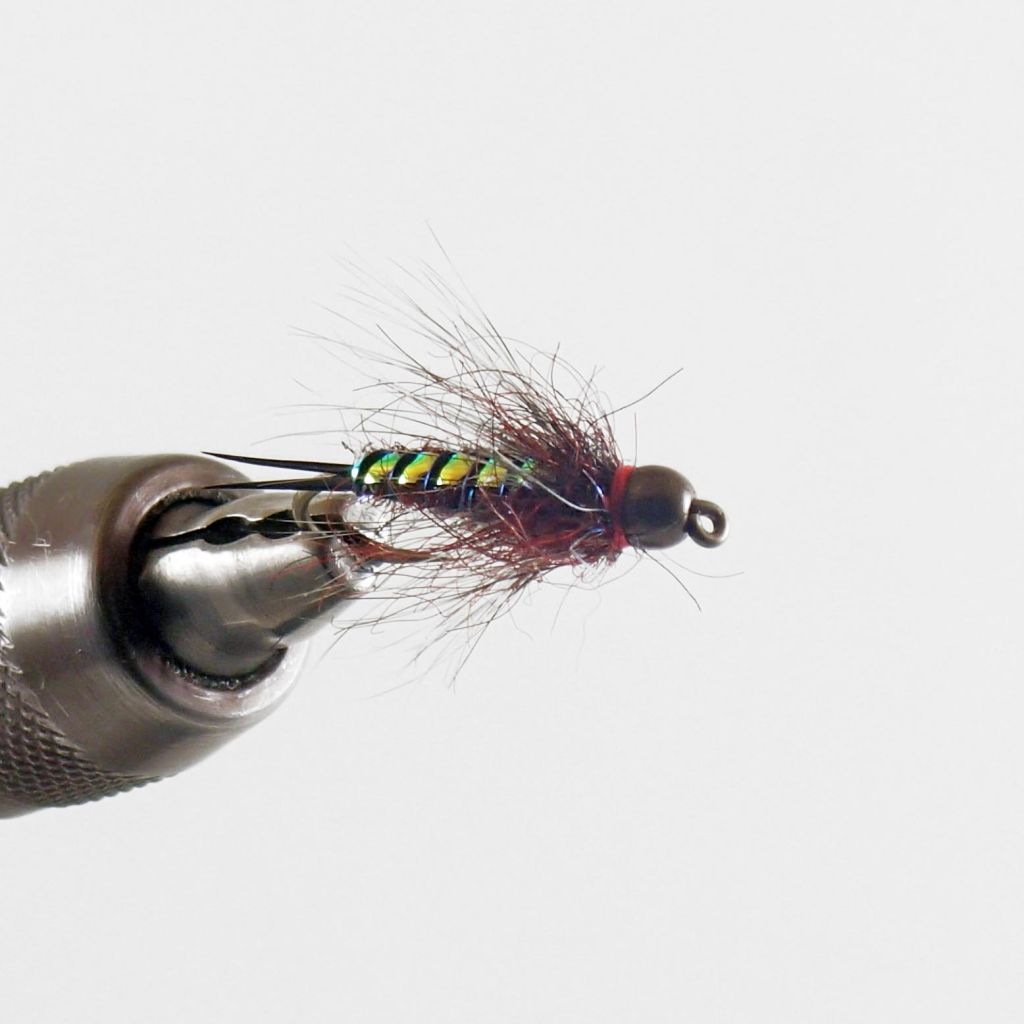 Now why the Simi Seal Dubbing?  Simi Seal was developed for leech patterns and has been used on a lot of streamers, but it isn’t often used on nymphs.  I personally like it for the diversity of color and it’s flashy nature.  The dubbing loop head also adds to the profile and accentuates the soft hackle (actually the soft hackle helps bulk up the buggy simi seal head).  When you get right down to it though, it looks rad and catches fish.

Here is a quick video we put together to show how we like to tie this style of nymph.