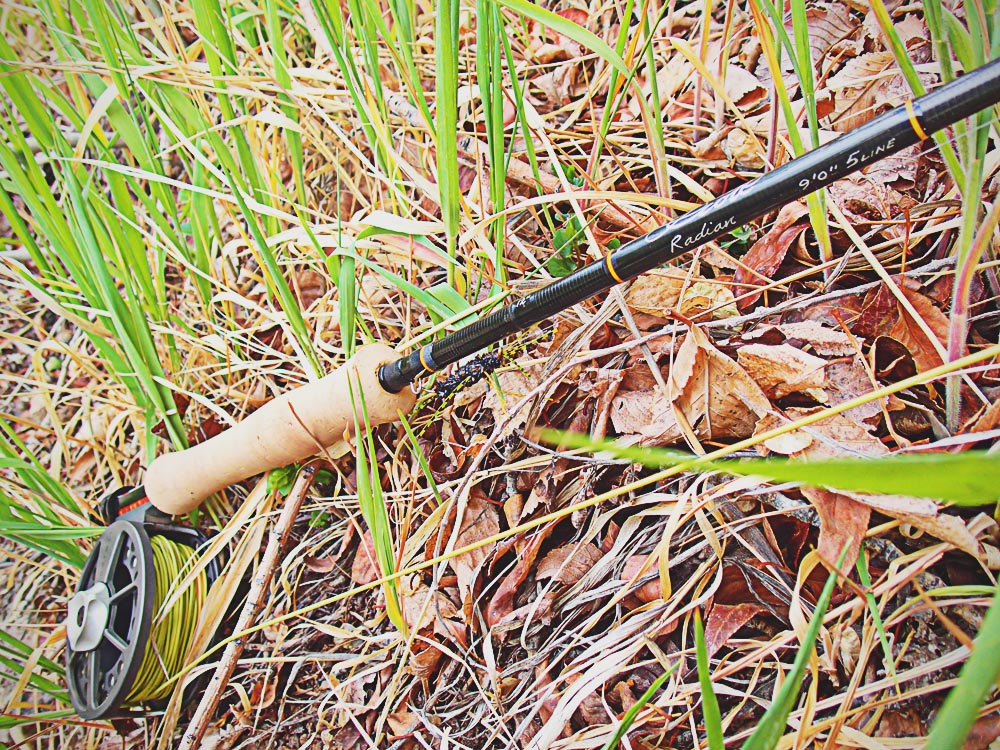 The Scott Radian.  Much has been said and written about this rod.  Most (if not all) of what is being said is positive.  Very positive in fact.  Winner of the IFTD “Best of Show” 2013: the industry has spoken: this rod is all that it claims to be.  The “Fast meets Feel” mantra resounding across the west.  Scott has touted this rod well.  For all that Scott says of the Radian as well as their specs; check it out here.

I find it important to note that Scott rods are manufactured in Montrose, Colorado; a 2.5 hour drive to the north of us here in Durango.  This is important to note as we are a Colorado based shop reviewing a fly rod made in Colorado; therefore the Radian had better measure up to our Colorado standards in a fly rod.  So did it?  I went on a magical journey of putting this rod through some paces to find out. 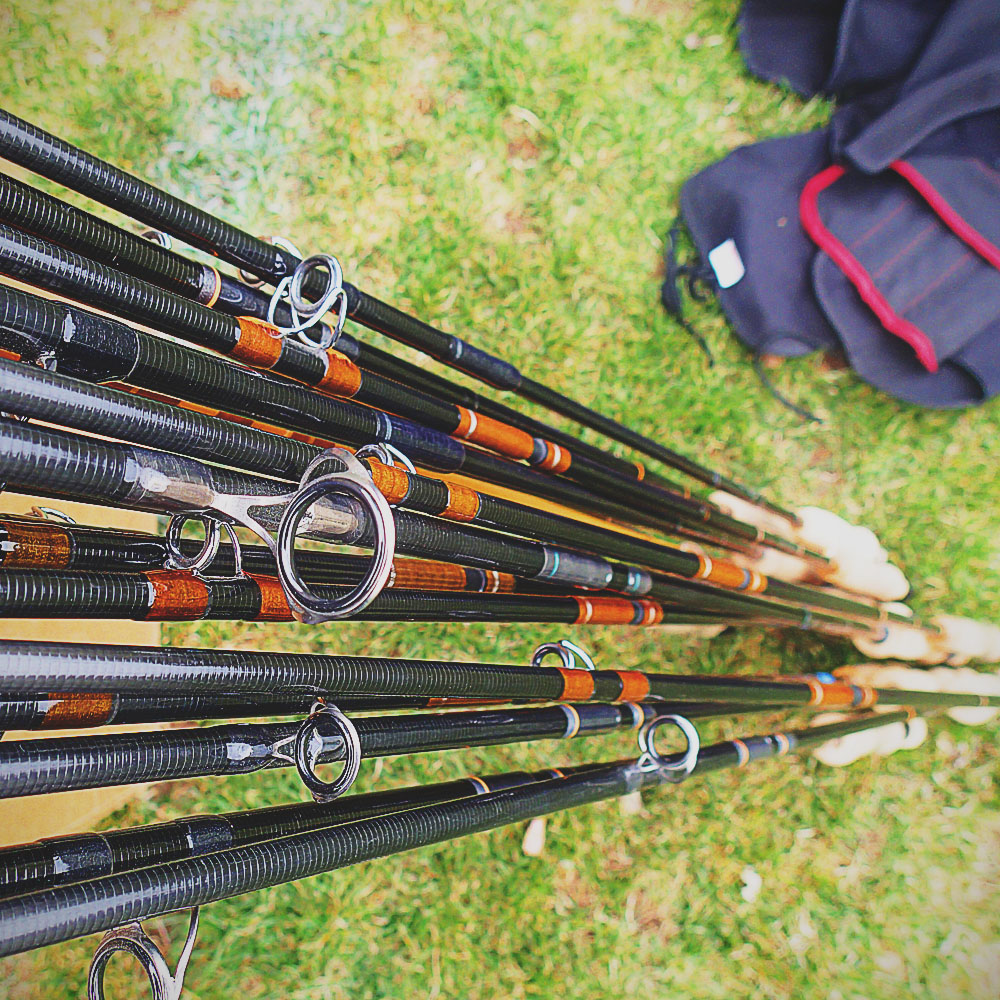 Now that may sound like an audacious claim; but hear me out.  There is really no other rod that can compare with the Radian.  I have had the chance to get my hands on 4 through 7 weights of the Radian rod line and test each out in varying degrees.  I have come to the conclusion that no rod manufacturer is producing a rod that is anything like the Radian.  That is not to say other manufacturers are producing inferior rods; but the Radian just feels different.  It is a smooth casting rod with (in my mind) a moderately fast action.  A lot of other rods are striving to perfect the fast action or improve on the moderate action; none tried to blend the two.

Some have noted that the Radian was crafted and released in response to the Sage ONE.  That may be true; but I have come to find that the two rods are incomparable.  I absolutely love fishing the Sage ONE, but that is not to say I don’t like the Radian as well.  The Radian is NOT at all like the Sage ONE…nor is the Sage ONE anything like the Radian.  They are both absolutely fantastic rods; but besides the price point, the similarities end.  If you were to compare Sage and Scott, I would say the Radian reminds me of a beefed up Sage TXL-F…but I digress…

The Scott Radian slogan of “Fast meets Feel” has been almost a buzzphrase with this rod; so does it measure up to the claim?  Well that depends on your definition of “Fast” or “Feel”.  I had the opportunity to take the 9 foot 5 weight Radian out on the Animas a few days ago.  Currently running at close to 3000 cfs and off color; fishing was difficult to say the least.  I tied on a heavy stonefly/cranefly larva rig and proceeded to dredge the banks.  As I was manly fishing a high stick/tight line technique, the first thing I did notice was that I could easily feel every rock as the flies bounced along the bottom of each run.  Feels great so far.  Sitting tight to the bank and bushes; roll casting was a must to get out farther.  The Radian delivered in spades when it came to roll and spey style casts.  I am a relative beginner to the spey world, but this rod has such a great “feel” that getting 30-40 foot casts of this type was fairly easy for me.

After a while and no luck, I tied on a heavier black streamer to see how the rod would preform.  This is where the fast came in.  The 5 wt Radian cast a heavy streamer rig (I tied on a second streamer after a few casts) quite easily.  I could certainly feel the added weight of the streamers and noticed it did not preform the same as other “fast actions” that I was used to fishing…but it did not preform poorly.  In fact, I was so used to the faster actions that once I got into the rhythm of the Radian, I was easily popping 50 and 60 foot casts with little fatiguing effort.

Speaking of streamer rigs…we had the chance to take out the 9 foot 6wt Radian on a float trip down the Animas throwing big heavy bugs at the bank.  The “fast” certainly came into play on the 6wt with the necessity of throwing fast casts and picking up line quickly for re-casts while stripping streamers with heavy bullet weights.  However, the “feel” was on point when we needed to throw big mends in the line as well as dead drift and “jig” streamers through a run.  The Radian 6 wt preformed great as a boat rod alongside our other favored fast rods of similar caliber. 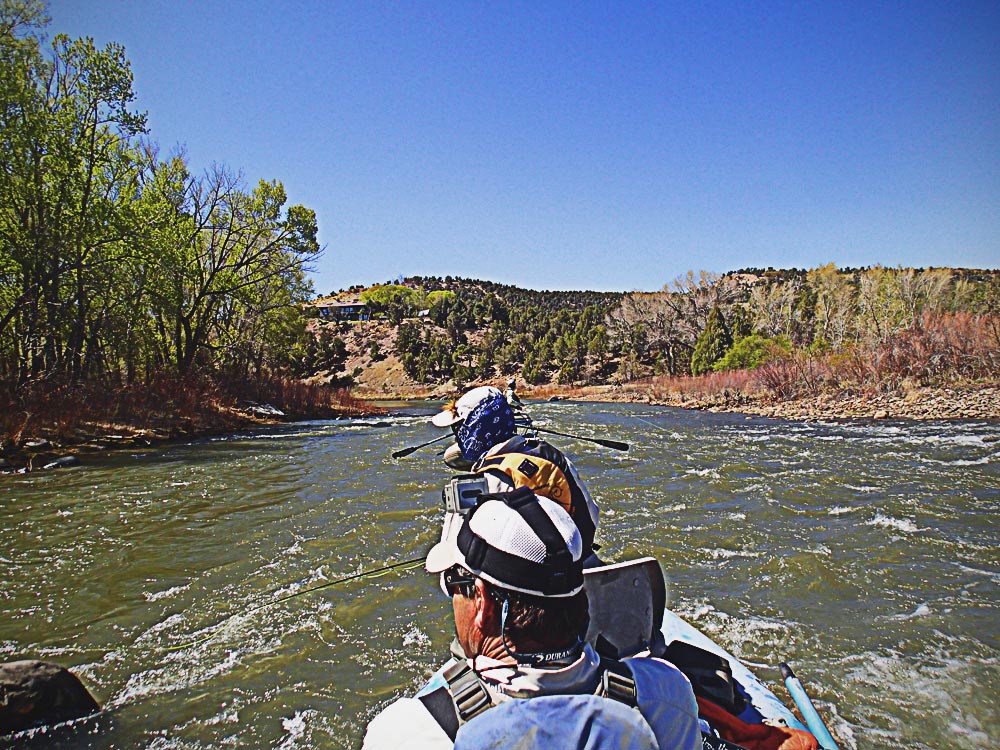 The Scott Radian 6 wt preformed great when casting streamers from a boat.

Nymph rigs and streamers aside…Scott hit an absolute home run when fishing the Radian with dry flies.  The tip  has the”feel” to be able to make quick sniper-like casts at 10 to 20 feet; something not as bragable with many fast actions.  The Radian still had enough backbone that I was able to cast 80 feet of line (I am an ok caster, not a great caster) with the 5 wt.  This rod can play and land big fish with ease; but it is actually also notable that the Radian still is a whole lot of fun with a 12 inch trout.

A few other points

Through testing out the Scott Radian, the first thing I did notice with every rod weight I tried is that Scott built the cork grip with a thicker palm swell than most other rods on the market.  This thicker palm swell actually gives greater feel and control over the rod, is a good balance point when set up with a matching reel, and is actually nice for anglers with larger hands and a wider grip.  Also of note is Scott’s standard measurement marks of 12 and 20 inches from the tip of the reel seat butt. 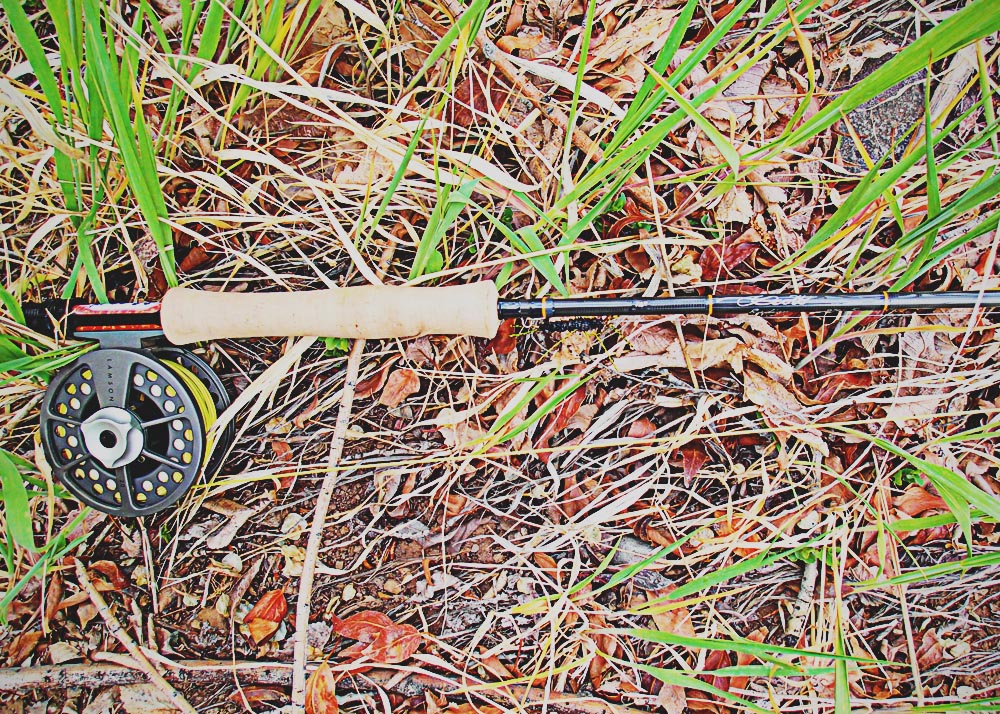 If you look closely, you will notice the generous palm swell that makes for a very comfortable grip.

There were two things I did not like about the Radian line.  First: Scott did not make a 3 weight version of the Radian.  I imagine they have their reasons, but I love faster action creek rods and this one taper would have been a blast to fish on a 3 weight.  Ahh, maybe someday.  Secondly, the reel seat (see above).  The 4 and 5 weights have custom reel seats with burled box elder spacers (see above).  This reel seat is absolutely beautiful and I love the aluminum design feature on the side; however Scott did not incorporate this seat on any of their rods with a fighting butt.  I imagine this was a function over fashion choice; however the 6, 7, and 8 weights come with just a standard black aluminum reel seat.  Not a deal breaker by a long shot, but I think they could have put something nicer looking on the larger rods.

Since Scott claims “Fast meets Feel” with the Radian.  It is important to note that fast and feel are two opposing dichotomies that are hard to balance.  I think what Scott attempted was to balance both opposite ends of the spectrum without sacrificing the most important aspects from either.  In this they met right in the middle…Yin and Yang; it is very Zen.  Is this a true “fast action” rod?  That depends on your definition of a fast action.  The 4 and 5 weights are certainly a fast actions on the low end of the “fast” scale (something I very much appreciated actually).  The 8′ 6″, 4 weight makes for a pretty incredible dry fly rod.  It is light in hand, quick casting; but with a poppy enough tip to make it a blast to cast size 20 BWO’s to an 11 inch rainbow.

That being said…the 6 and 7 weights really push into the fast action spectrum with the 7 weight being an absolute line thrower.  I was finding I was easily able to cast a full length line (not that casting 90 feet is usually necessary in Colorado).  These weights really do fall into the class of fast action and makes for a super solid streamer rods that fish great with a variety of sinking and floating lines.

If you ever have had the privilege of watching Lefty Kreh cast; one thing you will notice is the little effort it seems that he is putting into his cast versus the distance he gets.  One thing I did notice about the Radian is that when I wanted to get more out of my cast…it required me to slow down and put less effort into it.  It actually responded well to a smooth casting stroke without the speed and aggressiveness that is required of some faster rods.  For some people (myself included) this equates to less battling the rod and more time having fun while fishing.

Here at Duranglers we have found the Radian to be a perplexing rod.  Perplexing in that when we fish it alongside other rods of similar caliber (especially the Sage ONE) we find that we cannot decide which one we like better.  Both rods are so fantastic, yet so vastly different.  Not just in looks; but how they fish and cast.  How they mend and pick up line.  Different in how we enjoy them both on the water.  Truthfully we will not ever be able to decide between the two.  It could even be a battle of such magnitude as Pepsi vs. Coke.  It all really comes down to your opinion and preference.

Here is my opinion on the Radian after a lot of testing, thought, and discussion: this rod was built for trout in mind.  Not just in the features and fishablity, but also in the personality and culture that goes along with trout fishing.  It is obvious that the the product testing for this rod was done largely here in the mountains of Colorado, working towards the best balance of fast and feel.  Fast action with the feel and sensitivity of a traditional fly rod is something that is being more demanded by trout fisherman.  In this regard, Scott has achieved this balance.  This is an absolute winner of a Colorado trout rod…not to mention it is uber fun to fish.

The Radian has been discontinued as of 2020, check out our review of it’s replacement: the Scott Centric!

Matt Bennett one of the more innovative fly tiers