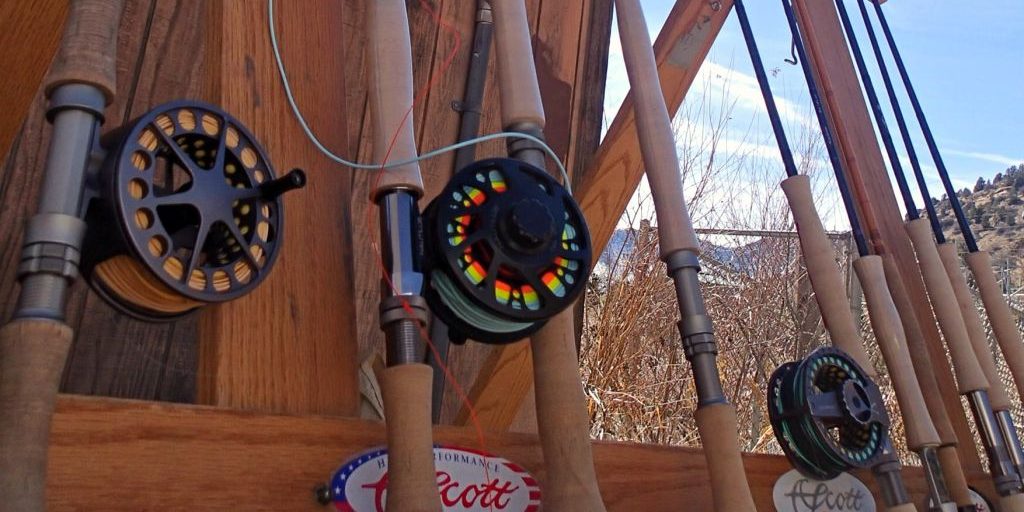 A few days ago Frank Smethurst (of fly fishing film fame as well as our local Scott Fly Rod rep) stopped in town to give us a demo of some Scott two handed rods.  We assumed this would be an opportunity to check out and cast a few of the Scott spey and switch rods.  What we got was a whole presentation on not only Scott two handed rods; but also the opportunity to cast a handful of new, classic, and yet to be released Scott fly rods strung up with various Airflow lines wound up on an assortment of Abel, Nautilus, and Lamson reels. 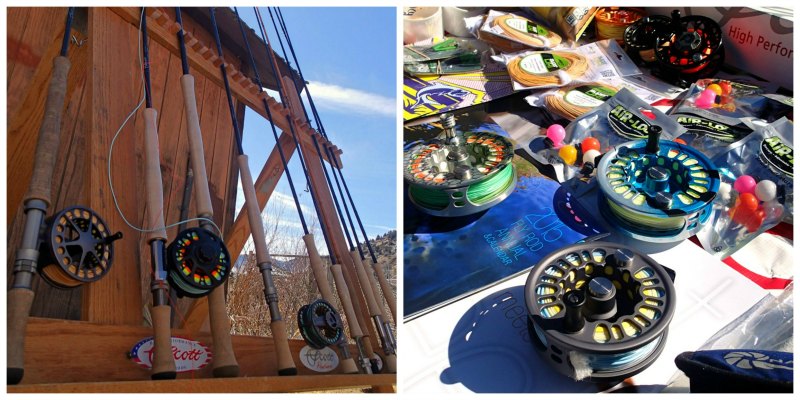 Many of us were able to put these rods through some paces; however Duranglers Owner Tom Knopick and guide (and Scott Pro) Spencer Schreiber were the truly discerning ones.  With years of steelhead experience in BC and the PNW, Tom and Spencer both know exactly what they like in a two hander. 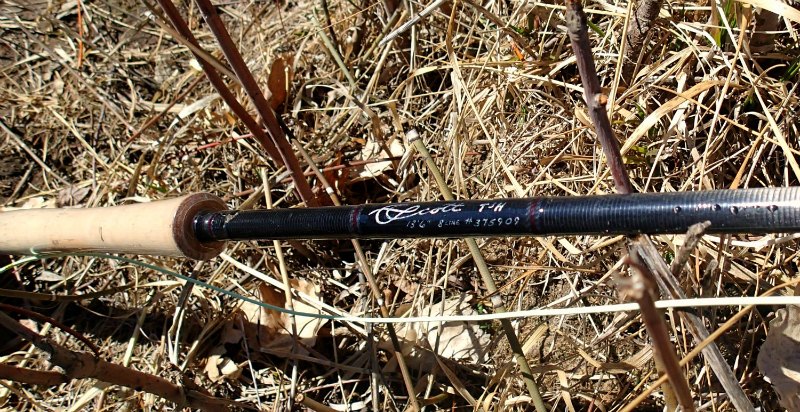 First up was the Scott T3H family of switch and spey rods.  As you could probably guess by the price point; the T3H is Scott’s premium two hander offering…and for good reason.  You can read what Scott says about the T3H here, so we won’t repeat them.

Our thoughts were pretty universal right off the bat.  The T3H is light.  Extremely light actually.  Thanks to Scotts ARC technology, these rods have a thin but strong graphite wall.  Partnered with the fast taper of Scott’s X-core tech, and we had our second noticeable trait: speed.  One of the first rods out of the gate was the 13′ 6″ 8 wt.  This rod is very light, and very quick.  The T3H was built with a stiff tip but a fairly forgiving mid-section that has made it very stable and powerful.  Nice to cast big sink tips, but sensitive enough that you can feel the rod load very well.  Loaded with an Airflow Scandi line and a 15 foot t8 sink tip; the T3H made easy work of this rig. 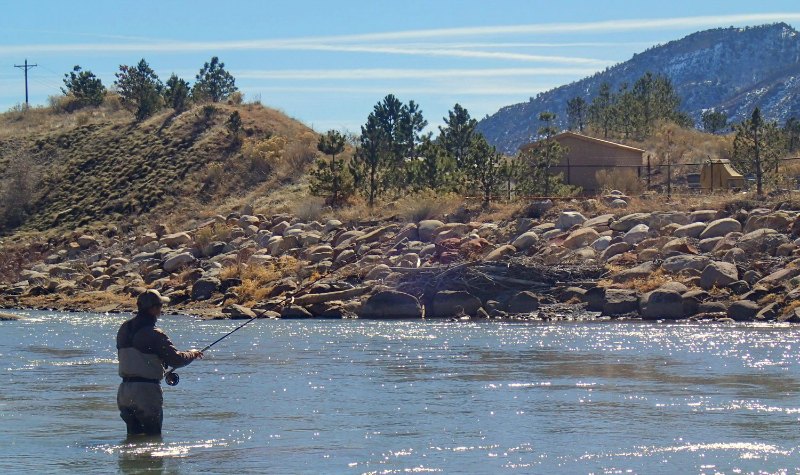 Spencer bombed a few casts with the T3H

All this to say, we dug this rod.  It took a few practices casts to get into the groove of the feel of this stick is somewhat different from a lot of rods we have used.  As they always say though, when you take a breath and give your cast less strength and more finesse, you end up throwing better casts.  And we did.  Launching 100+ foot casts became fairly simple.  Heck, it could be said that we ran out of casting room on the Animas.

While the 8 weight T3H makes for an amazing steelhead and salmon stick; we also had the opportunity to test out a few smaller switch rods from the T3H family.  Strung up for our demo was the Scott T3H 10′ 6″ 4 weight and the 11″ 6 weight.  Again, these rods were light and quick, but more suited to our local Colorado waters.  The 4 weight makes a great small streamer and nymph stick when you need little extra reach.  Swinging streamers with a two hander for trout has become a very popular way to pursue trout and the 11′ 6wt switch T3H fits this bill perfectly…not to mention it can launch some line.  Both of these rods make for an amazing two hander for use on the Animas, Rio, San Juan, Colorado, or North Platte rivers. 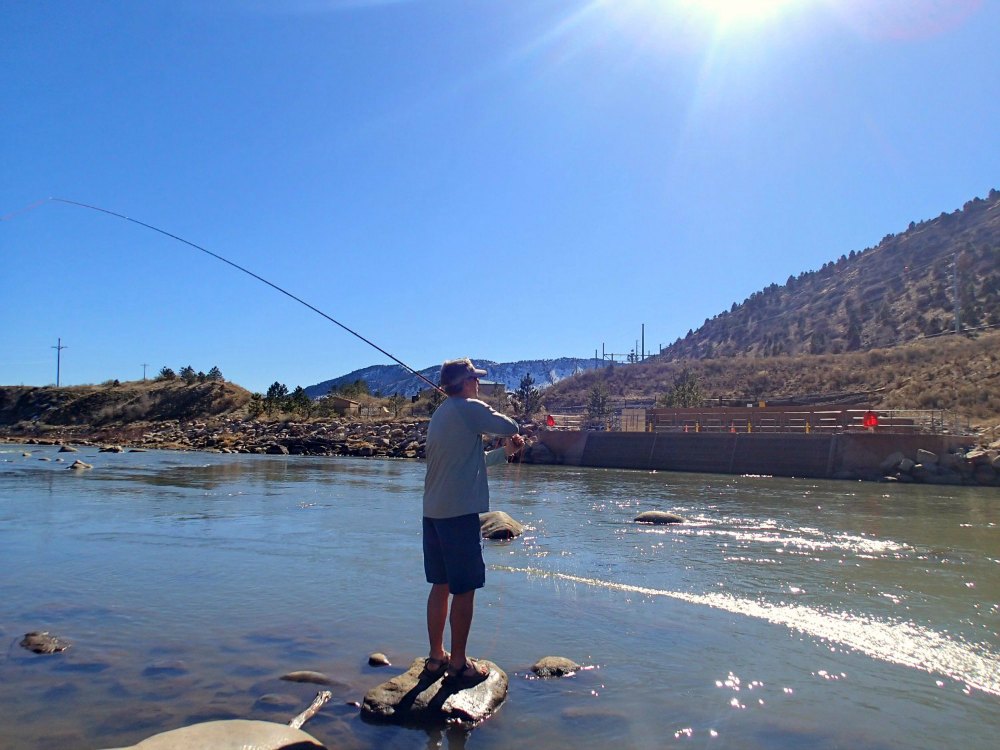 Crasy Mike and his white mouse 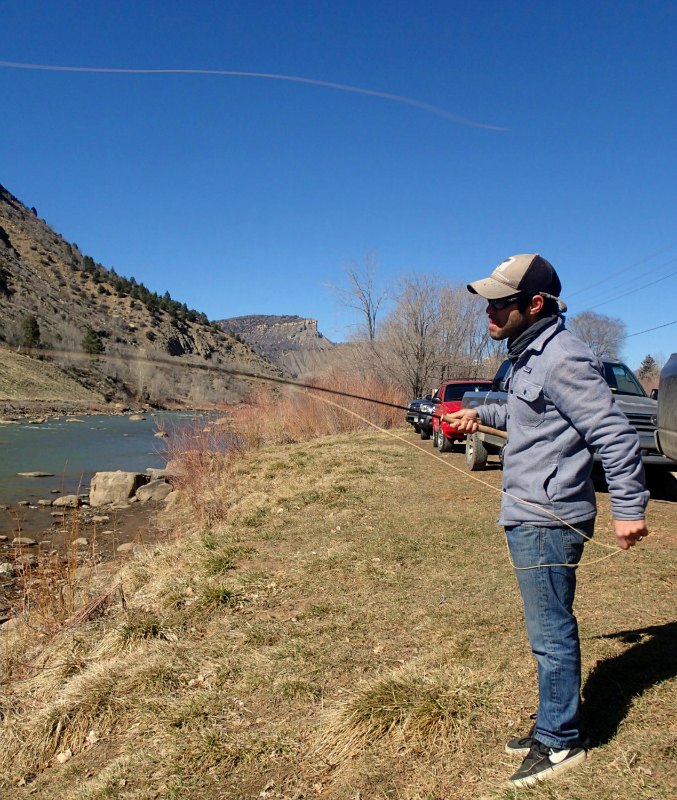 Next up was the Scott L2H.  Known as the working man’s two hander; the L2H family of rods still make for fantastic switch and spey set ups.  Great for anyone who would like to enter into the two handed game or for someone looking to up their two handed arsenal at a reasonable price without sacrificing massive amounts of performance.

The three rods provided for us to test were the L2H 13’ 8 weight, 11’ 6” 7 weight, and the 11’ 5 weight.  Compared to the T3H, the first thing we noticed was that these rods were slightly heavier.  However, this does not mean that they were heavy rods.  Still lightwight and powerful, the L2H series was a lot quicker than I expected it would be.  Initially I assumed that this rod would be a slower, beginner style rod.  Turns out it is still fairly fast compared to a lot of price point two handed rods.  Casting was not a chore and fishing with these rods all day would not wear you out.  It also produced very nice, long casts with tight loops.

A personal favorite was the 11’ 6” 7 weight L2H.  This rod makes for a great coastal river steelhead stick when tight quarters and less casting distance is needed.  Although the shorter length still produced some impressive casting distance.

One universal opinion on the L2H is that in the larger rods, we all preferred the T3H 8 weight to the L2H 8 weight.  In the larger size, the T3H just seemed to preform slightly better with massive lines and tips.  The other end of that is the line we were using was better matched to the T3H than it was the L2H.

Make sure you check out Scott’s recommended line chart for the T3H and L2H if you are considering either of these rods.  This rod should be available this summer. 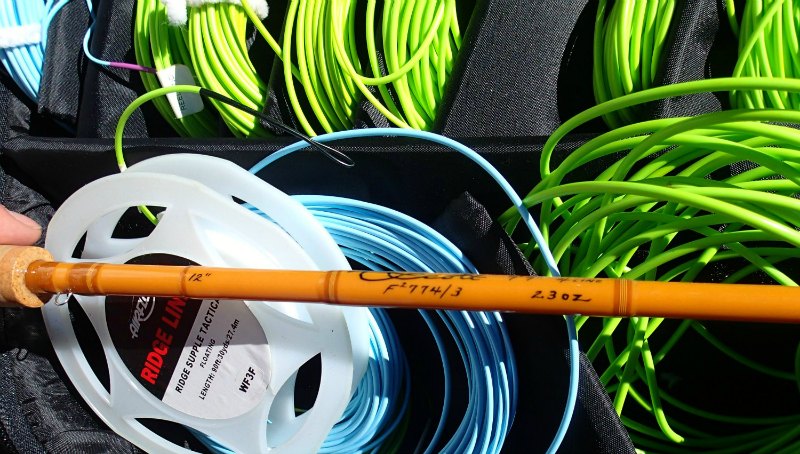 While the Scott F2 has been out for a while, we were still reminded why we like this glass stick so much.  It is very light, responsive, and a blast to fish.  Frank had the 7′ 7″ 4 weight rigged up for us to cast.  The natural assumption is that glass rods are great for short to medium casts while fishing dry flies.  While this is a great way to fish a glass rod, there is growing popularity in the fiberglass fishing community to tie on bigger bugs for bigger fish.  After casting the F2, I can understand why.  While you will never have a ‘fast’ glass rod, the F2 still had the backbone to cast an easy 60+ feet.  To show off exactly what a F2 is capable of (as well as his own casting prowess), Frank gave us a quick “whole line” demonstration.  The F2 did not crumble under the added torque of casting a whole length of fly line and laid it out beautifully.

Yep, the Scott Radian, built specifically with the woman angler in mind.  Much the same as the Scott A4 Woman’s Rod, the “Ladyian” 9′ 5 weight is built with the same rod blank but incorporates a smaller full wells grip as well as very subtle blue and pink guide wraps.  Check out our full Scott Radian review for our full take. 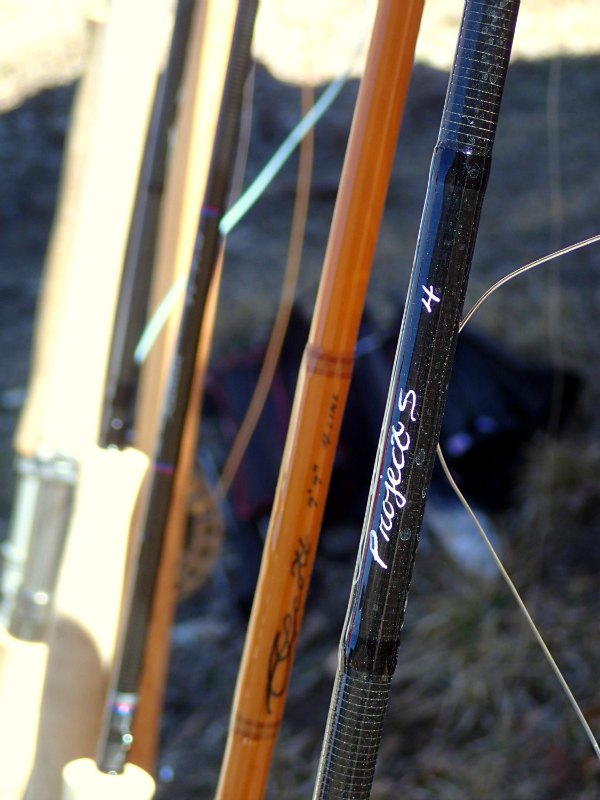 Yep, we even had the chance to cast a Scott rod that hasn’t even been named yet.  We can’t say too much about this rod, but if you are a saltwater aficionado…then you will want to keep you eye out for the announcement of this rod later this spring or summer.  Let’s just say it is a beefy line and bug launcher and the 6 weight version is going to be a fantastic streamer stick… 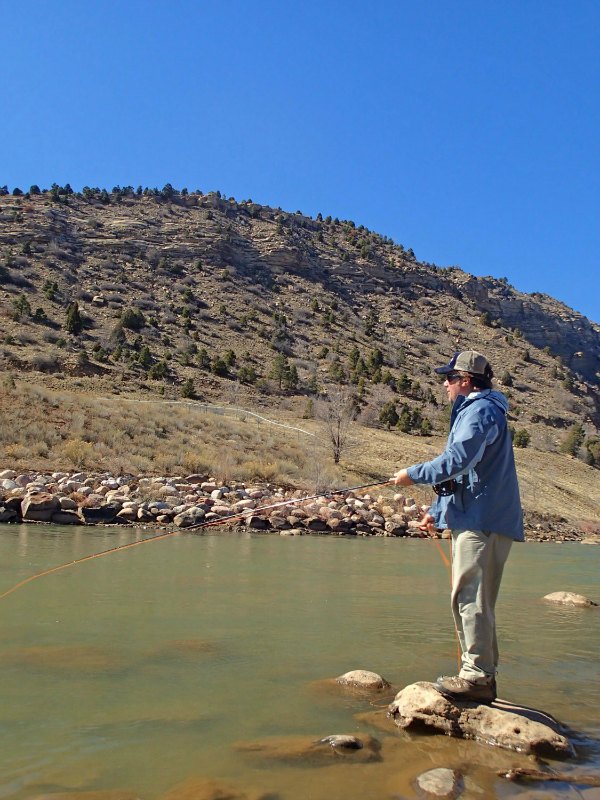 The man with the Scott magic, Frank our Scott sales rep showing us some quick spey maneuvers.

Safe to say, we were pretty stoked on all the Scott two handed and single handed offerings and can’t wait to get them back out on the water very soon.