You are here:
Fly TyingInterview 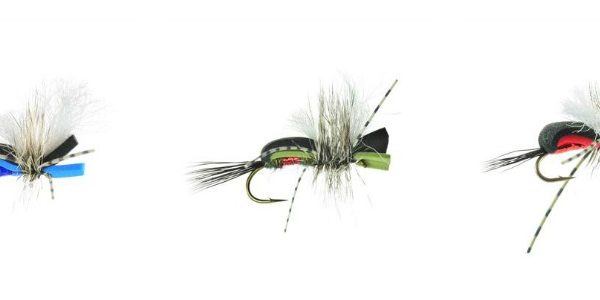 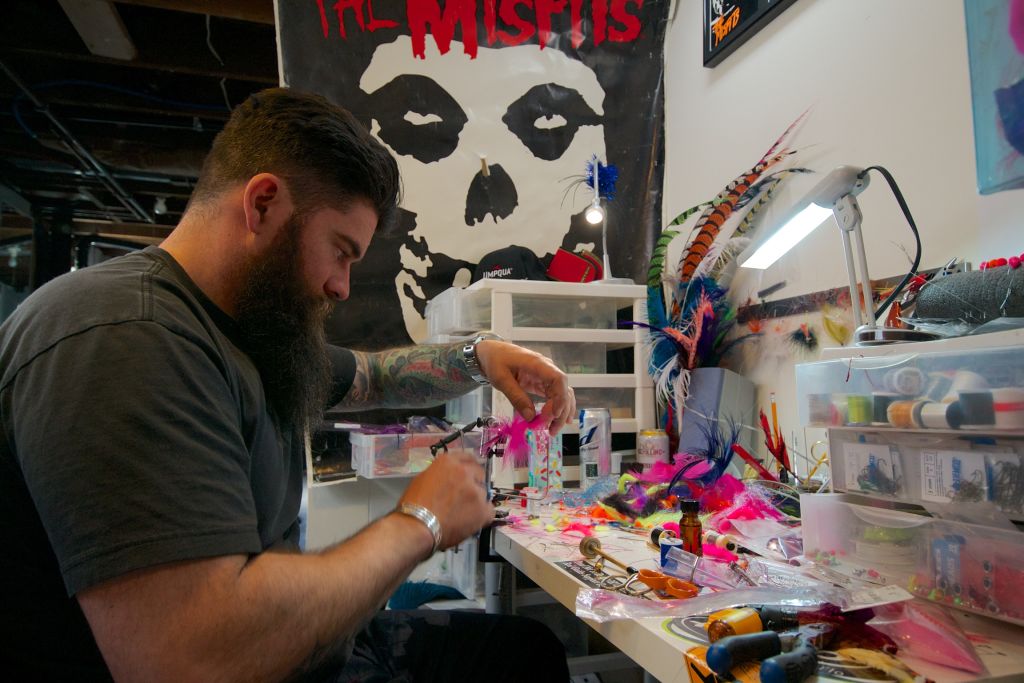 It’s possible you may have heard the name Andrew Grillos before.  You may have heard of Andrew through reading any number of fly fishing magazines over the years, but more than likely you heard his name at your local fly shop.  While perusing the many fly bins, a few fly names may have leapt out at you.  Flies such as the Hippie Stomper, Pool Toy, Hamburgler Beetle, the Bob Gnarly Mouse…it could be argued that Andrew Grillos has some of the best named flies in the industry.

Andrew is a currently designing flies for Umpqua Feather Merchants and living in Bozeman, Montana.  While his guiding is currently on hold, he still fishes very often on the Missouri, Lower Madison, Yellowstone, and the many small creeks and streams that Montana has to offer.  He also is a huge proponent of Montana stream access laws…but I mean, who wouldn’t be.

Make sure you check out Andrew’s website at http://www.andrewgrillosflyfishing.com/.  I had the fortunate opportunity to talk with Andrew about fly fishing and fly design recently. 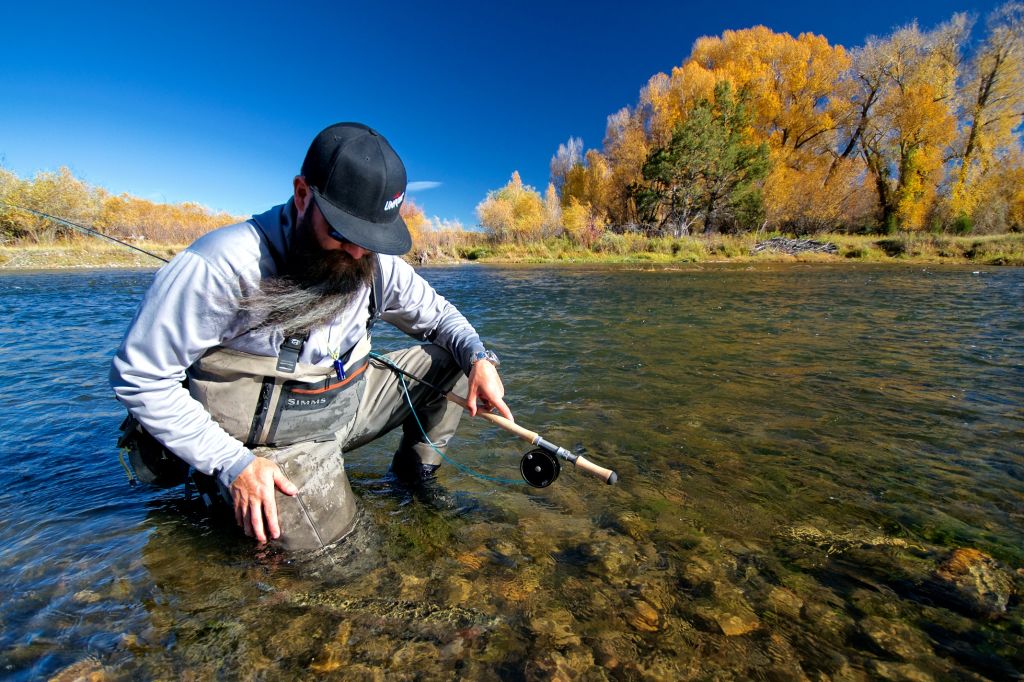 Beginnings of fly fishing and fly tying:  At the age of 10, Andrew developed an interest in fly fishing and picked up his first fly fishing set up from Gart Brothers.  He learned little by little and by the ago of 13 got into fly tying through the St. Vrain Angler in Westminster, Colorado.  Andrew was a quick study and by the age of 16 was doing small scale commercial fly tying orders for the St. Vrain Angler stores, where he was paid in store credit.  A lot of the flies he tied commercially were tailwater patterns and he was eventually able to save up enough store credit to order his first high end fly rod; a Sage 691 XP.

Professional Fly Fishing/Tying Accomplishments:  Andrew has been a fly fishing guide for going on 13 years.  His resume looks like most people’s bucket list.  With a decade of guiding in Colorado in teh Gunnison Basin; Andrew has also been a guide in a couple other Colorado locations, Alaska, Argentina, Chile, and the Pacific Northwest.  Andrew and his finance Autumn also spent 6 months “livin’ in a van down by the river” in New Zealand.

Andrew is also a current signature fly tier for Umpqua Feather Merchants and has a handful of current patterns in production (he is also stacking up more for the 2017 catalog year).  His most well known (and our favorite) has to be the Hippie Stomper, but you may have seen a few of his other bugs lacing the bins at your local fly shop.  Flies including the Pool Toy, El Camino, 64 Impala, Later Skater, Hamburgler Beetle, Fat Caddis, Bob Gnarly Mouse, Cuttie Buddy Popper, Lazer Pointer, Heavy Metal Worm, and the 19th Hole Mysis.

On top of being a professional guide and fly designer, Andrew is also a member of a few pro staffs to note.  Andrew is one of the original Simms Guide Ambassadors, helping pioneer the role for Simms.  He is also a member of the Scott Fly Rods pro staff team and is actively involved in helping to grow and evolve their spey lineup.  As stated, Andrew is also an Umpqua Feather Merchants pro staff member as well a part of the Hatch Fly Reels pro team. 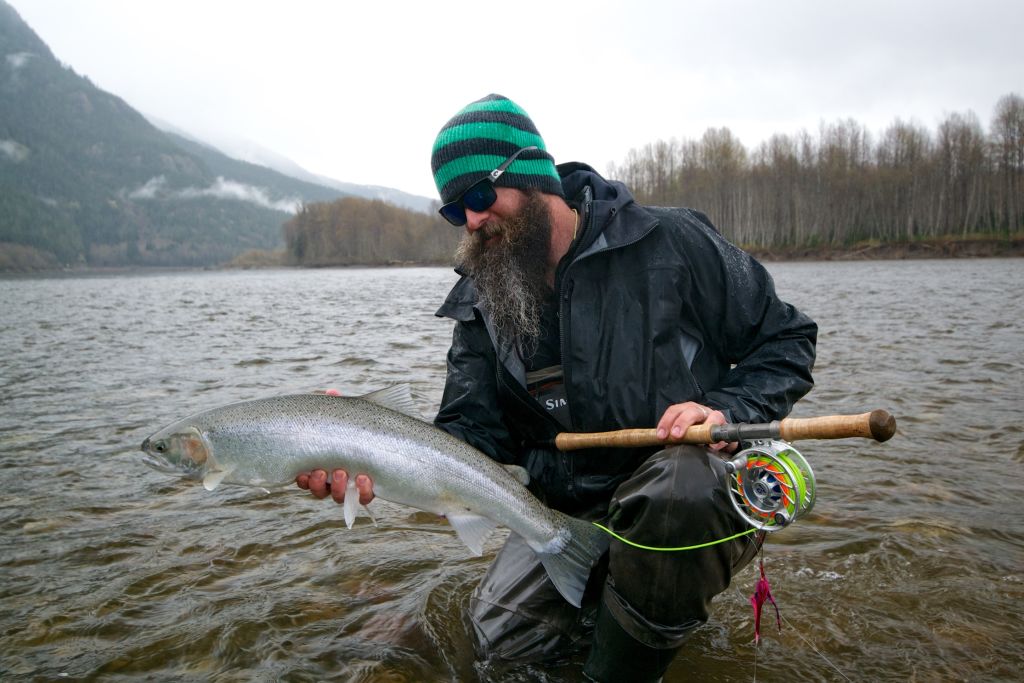 Andrew Grillos and some Skeena steel.

What is your process of designing flies?

“My design process is always situational where I am looking to solve some kind of problem.  For instance, I was guiding and wished I had a foam Humpy instead of one tied with hair for float ability and durability.  With a little time at the vise, I developed the Hippy Stomper.  It worked very well for clients and I, but it happened to work so well that it became the most successful patter that I have submitted to Umpqua.  Besides tying flies out of necessity, I tend to look at classic patterns and consider if I can improve them.  For example, one of my new Umpqua flies for 2017 is my take on the classic Muddler Minnow.

Sometimes I imagine the fly I want, visualize it, and then try to tie it.  The El Camino was developed this way; the version sold through Umpqua is basically the same exact fly I visualized and tied initially.  I had the idea and just tied it with no real changes that needed to be made.  However, there are other times where I have an idea but it takes a lot of changes and tweaks to get right.  Whereas the summer I was guiding in the Kanektok, it took me about 3 dozen attempts and revisions to get the Bob Gnarly Mouse the way I wanted it.

I am also inspired by new and different fly tying materials.  Foam and synthetics materials are my favorites to work with and tend to inspire me the most.  I use a lot of ice wing fiber in my steelhead flies, but I also found it works really well as an indicator material and have most recently used it on the Laser Pointer dry.”

Do you have any pet peeves with other flies you see out there?

“My pet peeve would have to be with flies I see on social media.  There are a lot of wannabe Insta-famous Insta-pros who are trying to sell their flies, yet they are very new to fly tying.  Honestly a lot of these flies suck.  Even if some are creative and different, their poor execution and technique is pretty apparent.”

“What can tiers do to improve their flies?”

“Tie flies that serve a purpose in your fishing.  You’ll be more likely to use the flies and learn how to improve them after seeing how they perform.  Did it fall apart too quickly?  Did your foam dry fly sink?  Did that big brown chase your triple articulated giant dude-bro streamer only to refuse it right in front of you?  Your fishing and fly tying will both benefit from tying flies for certain situations you have encountered.

Pay attention to fly proportions.  Look at how perfect and tight most premium, commercially-tied flies are, try to duplicate that consistency in your tying. 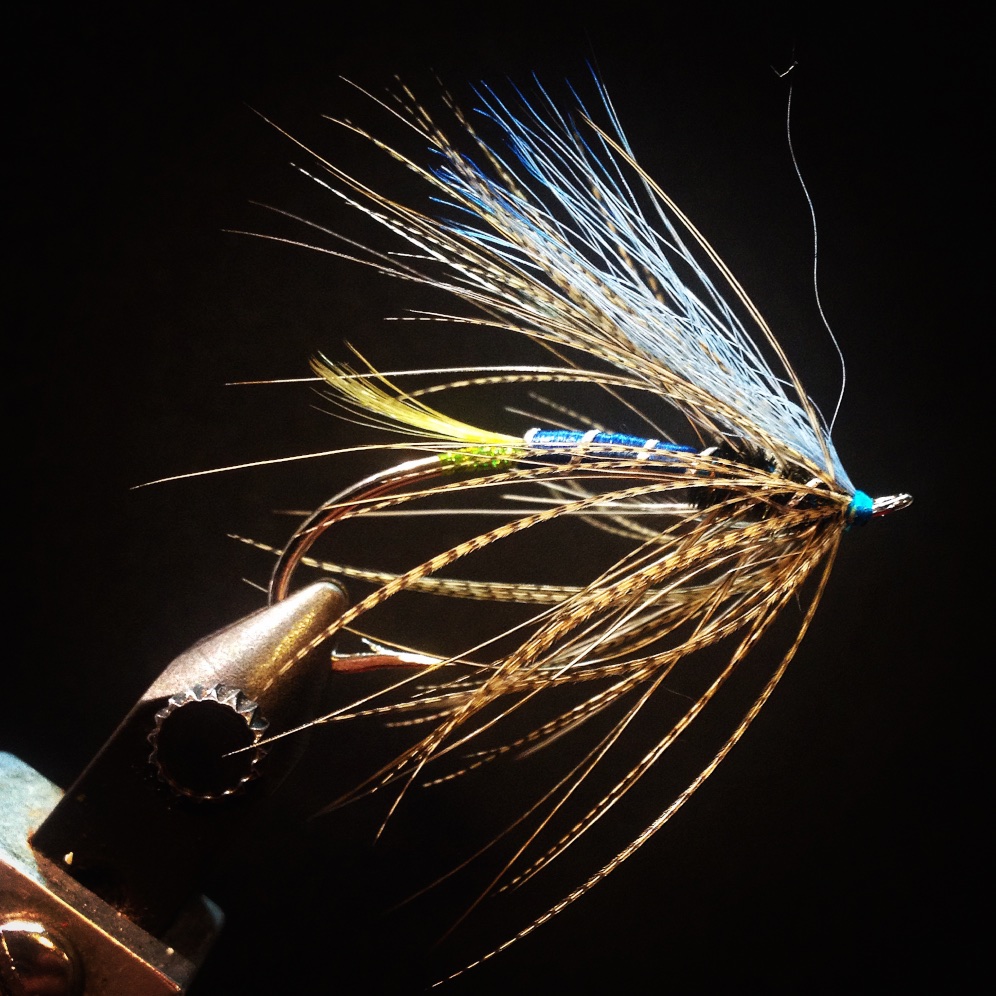 “I would say I am a little bit of both.  I have all of my materials sorted and organized in Rubber Maid bins like most tiers, but I tend to be messy at my desk.  Lately I have had to pick up after myself more due to having two cats in the house.  They would love to steal my jungle cock capes or polar bear patches”

“Honestly, I like tying for both situations equally.  I think my friend Charlie Craven said something to the effect of ‘If there were no more fish to catch, I’d still tie flies.’  I totally agree.” 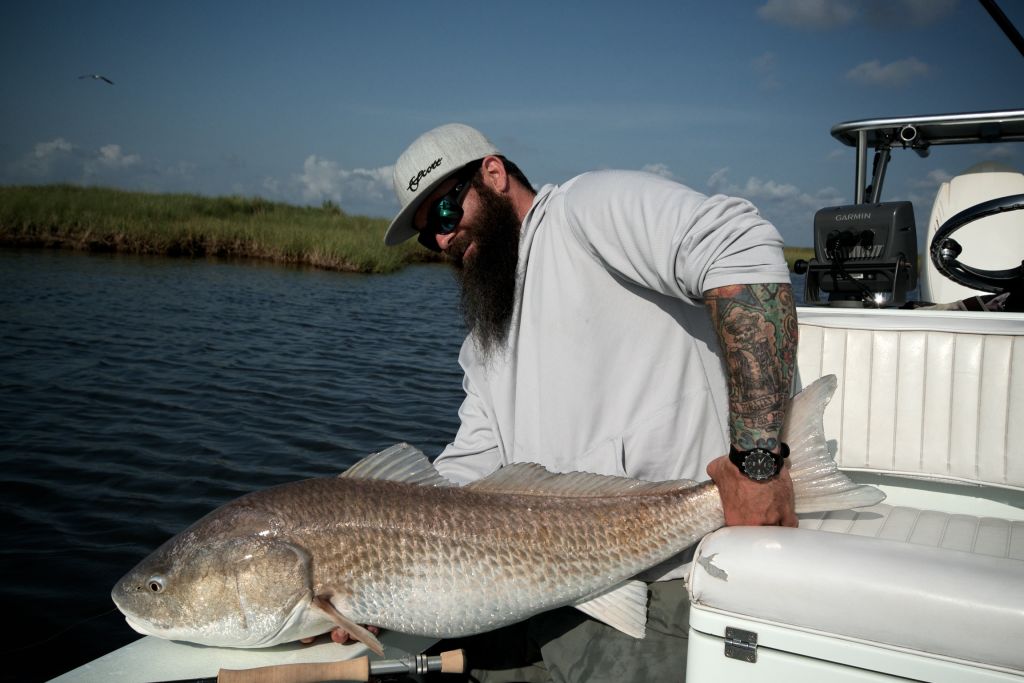