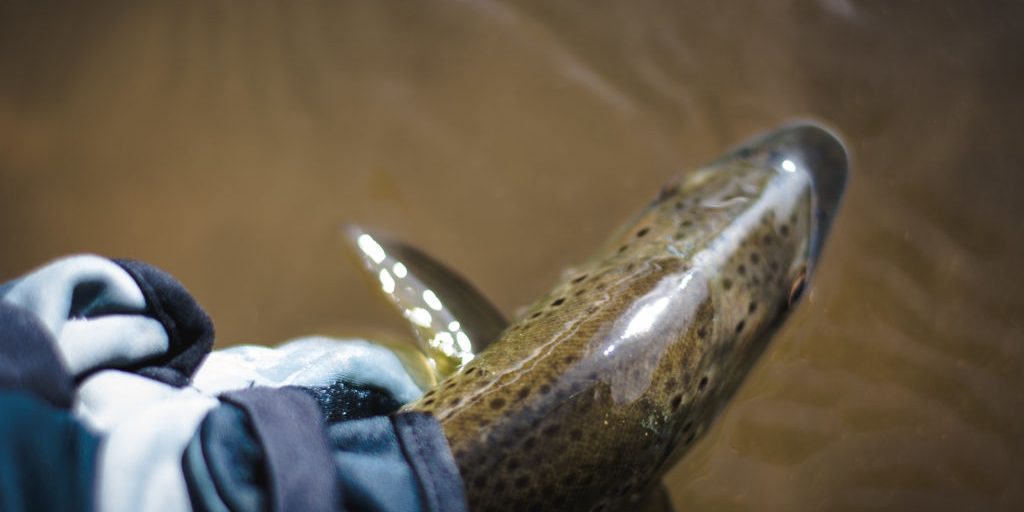 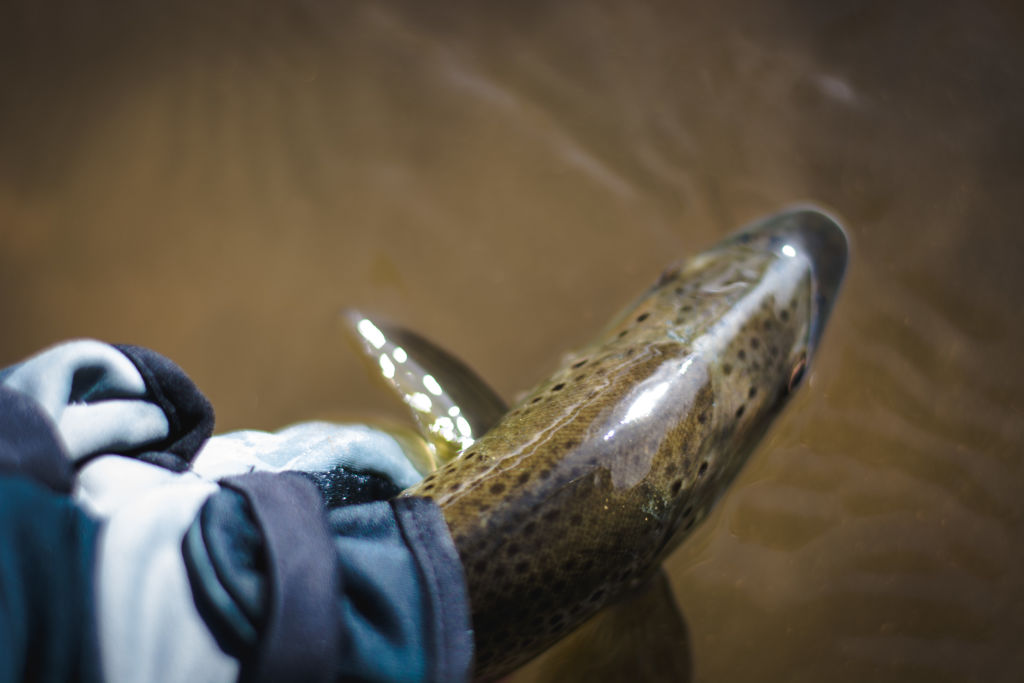 Has cabin fever set in yet?  It would be understandable if it has.  We have seen a lot more snow and days where temps have not gone above freezing.  We have not seen a winter like this in a while.  This is a good thing of course; it means we will have a lot more water to float in July.

In the interim, what is it you are doing to satiate your fly fishing cravings?  Are you tying lots of flies?  We sure are.  Making plans for a warmer getaway, filled with tropical drinks and saltwater fish?  We are doing that too!  But we have also been honing our winter fishing skills our local San Juan and Animas rivers.

We are seeing the lake turn over effect on the San Juan and visibility has been around 2-3 feet.  That is not to say the fishing is off!  The fishing on the San Juan has actually been quite good with leeches, annelids, San Juan worms, and of course midges.  With the lake turn over and a bump in flows, food sources get stirred up.  Even though the water may look off color, don’t be afraid to fish it.  A SJ worm/midge pupa combo would be a good go-to right now.

Contrasted with consistency of the San Juan is the sometimes puzzling Animas river.  While it can be difficult to figure out at times, we have seen some lights out days on the river recently.  You may want to keep an eye on the forecast and watch for days that should get above freezing.  Fish have been hanging deep but will eat well presented caddis and midge pupa patterns on warmer days.  It should be noted that “well presented” means “with lots of weight”.  We have also seen a good amount of larger fish taken on dark streamers fished dead drift or on the swing with a slow twitch retrieve.

No matter where you fish this month, make sure to call or stop in the shop for the most up-to-date report!  Even if you plan on a trip to the tropics!

Our high country is under feet of snow and ice.  You could always strap on some cross country skis or a pair of snow shoes and make the trek to some open water.  Or you could just plan for next year by checking out our guide to fly fishing the high country.