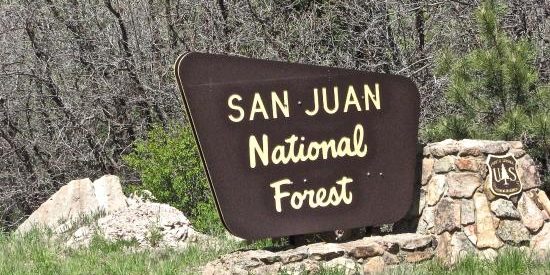 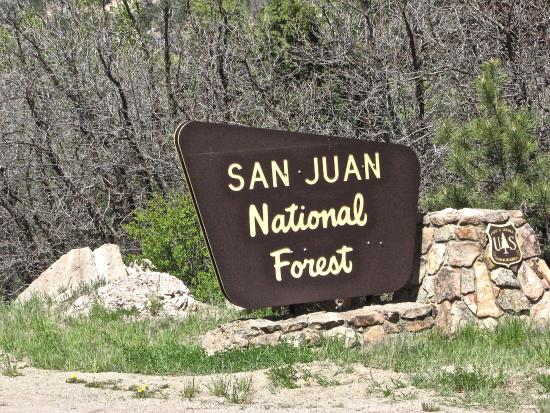 DURANGO, Colo. – On Thursday, June 21, at 3 p.m., the San Juan National Forest (SJNF) will re-open to the public by rescinding the Stage 3 Closure Order that has been in place since
June 12.  Lands managed by the Bureau of Land Management (BLM) in the Durango area that closed last week will also reopen. An area around the active 416 and Burro Fires will remain closed to public entry, including the segments of the Colorado Trail from Molas Pass to the Junction Creek terminus.  The BLM lands and the rest of the SJNF will remain in Stage 2 fire restrictions.

This allows campgrounds, roads, and trails to re-open, and operations to resume for those with permits and contracts for doing business on the public lands.

While recent messaging has been that one rainstorm would likely not result in much of a difference in fire danger, the weather event that southwest Colorado experienced this past weekend was not a typical event. The storm brought up to 1.5 inches of rain to some local areas, which is more rain than is received during the whole month of June on average. This was unanticipated relief to the extraordinarily dry and fire prone conditions in the region. Fortunately, the rain was delivered in a steady two-day event which did not produce mud slides or debris flows.

It may seem like a quick turn-around since last Tuesday, but both the decisions to close and re-open the SJNF were based on scientific information and a defined set of ten criteria. The criteria include measurable factors such as fuel moistures, Energy Release Component, Burning Index, and Ignition Component. Going into closure, all ten criteria were met or exceeded. Six or less criteria are projected to be met over the next week. Additionally, many out-of-area firefighting resources remain positioned around the area to respond to any new fire starts.

According to agency meteorologists and fire behavior analysts, factors which dictate the kind of severe fire behavior that were seen in the last two weeks have moderated. Even though these factors are likely to rise again as the weather returns to a hot and dry period, they are not likely to reach the previously extreme levels before the monsoon rains are expected.

Except: Devices (stoves, grills or lanterns) using pressurized gas canisters (isobutene or propane) that include shut-off valves, or within an enclosed vehicle, trailer, or building.

Except: Within an enclosed vehicle, trailer or building.

3)   WELDING or operating acetylene or other torch with open flame.

5)   Operating a CHAINSAW without an approved spark arresting device, a chemical pressurized fire extinguisher (8 oz. capacity by weight or larger and kept with the operator) and a round point shovel with an overall length of at least 35 inches readily available for use, or outside of the “Hoot Owl” restricted hours of 5am – 1pm.

6)   Using an EXPLOSIVE. This includes but is not limited to fuses or blasting caps, fireworks, rockets, exploding targets, and tracers or incendiary ammunition.

8)   Possessing or using a MOTOR VEHICLE OFF ESTABLISHED ROADS, motorized trails or established parking areas, except when parking in an area devoid of vegetation within 10 feet of the vehicle.

These temporary restrictions will remain in place until further notice, and may be increased or reduced at any time due to changes in weather and fire danger. Specifics of what is prohibited or allowed vary depending on jurisdiction, so check with the appropriate managing agency.

Agency officials wish to emphasize that conditions are still very dry and people should use extreme caution to prevent human-caused fires. Those living near fire burn scars should also be vigilant for potential debris flows and sign up with the CodeRed emergency notification system at http://bit.ly/CodeRed_signup.

Kara Chadwick, San Juan Forest Supervisor, and Connie Clementson, BLM Tres Rios Field Manager, wish to thank the public, partners, and surrounding communities for their support and cooperation, and for understanding that they are working to balance protection of resources and human safety with the economic impacts to surrounding communities.

To report a fire on federal lands, please contact the Durango Interagency Fire Dispatch Center at (970) 385-1324.