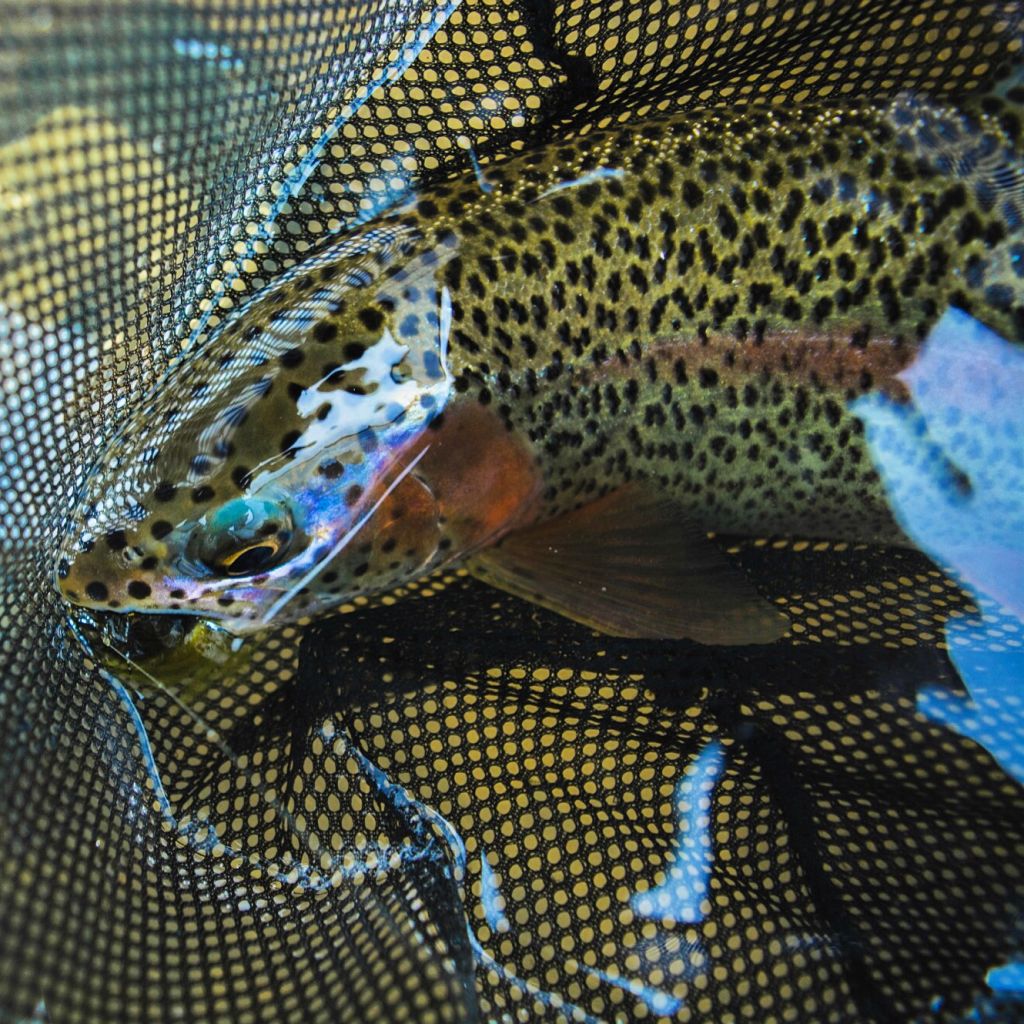 Let the tug on a streamer be the sirens call of the river for you this April.  River flows this time of year are rising and our rivers can be off color.  While we will not see full blown runoff for another month, these off color waters of April can discourage anglers from setting out in search of fish.  Do not be disheartened, some of the biggest fish will be caught this month by adventurous anglers who hunt the hunters.

If you are seeing dirty waters on our local rivers such as the Animas, Upper San Juan, Rio Grande, or Piedra…throw a big dark streamer.  Monster brown trout are known to use this off color water for their advantage to ambush prey.  There is also no better way to cover water with streamers than from a drift boat or raft.  With this higher water, float season has officially begun for us, and we will be rowing and hucking meat.

If you are into vicious fish that like to ambush streamers, pike also do the same thing.  All our local pike fisheries are clear and ice free right now and the fishing is getting better by the day.  While streamer fishing may not be a numbers game (depends on the day), it is great way to hook into the biggest predators on most waters.

The San Juan River Quality Waters also continues to produce great fishing with midges and baetis.  There are also a lot of fish moving to egg patterns as it is spring; and spring is spawn time for rainbow trout.  (Just remember to leave actively spawning fish alone).  This can be a good time of year for the streamer junkie on the lower San Juan as well.  If you are one who likes to get away from the crowds and off the beaten path, then you should consider our lower San Juan River float trips.  There is nothing like having the water to yourself, casting streamers for hungry brown trout, surrounded by high desert beauty.

Our high country is thawing out.  Attractor dry droppers are going to be the ticket right now, but make sure you get that dropper to where the fish are. Or you could just plan for this summer by checking out our guide to fly fishing the high country.